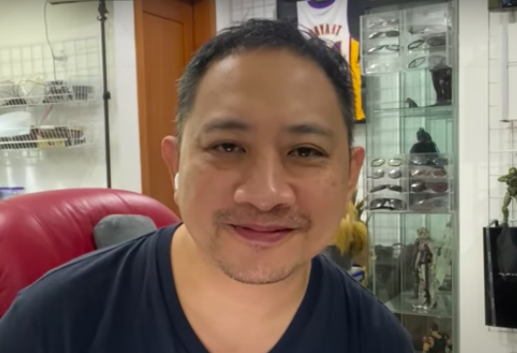 Kapuso comedian Michael V. clarified that his statement calling for the public to accept election results was made back in 2016, after the quote resurfaced online.

Michael V. took to social media to “fact check” and stress that his words should not be used as campaign material after supporters of President Rodrigo Duterte and his daughter, Davao City Mayor Sara Duterte, quoted the comedian.

(I often see in circulation this quote of mine, which I posted more than four years ago when Digong won as President to encourage people to accept and respect the election results, consistent with the “Dapat Tama” campaign I did for the GMA Network.)

“To set the records straight, it’s NOT A RECENT POST,” he added.

FACT CHECK. Madalas kong nakikita sa circulation ‘tong quote ko na ‘to which I posted more than 4 YEARS AGO nu’ng nanalo si Digong as President, to encourage people to accept and respect the election results, consistent with the “Dapat Tama” campaign na ginawa ko with GMA Network. To set the records straight, it’s NOT A RECENT POST. Please pay attention to the LAST LINE NA ALL CAPS. I have no problem with people using it for the right reason pero HUWAG PO NATING GAMITING CAMPAIGN MATERIAL. ✌🏼 #FakeNews

The same lines, which are part of a longer statement, were the ones quoted by Twitter page “The Real DDS Confessions” (@DDSConfessions_) and Facebook page “SARA DU30 Supporters for 2022.”

Although both social media pages only recently quoted Michael V., they did not clarify to followers that the comedian’s statement was made in 2016.

Michael V. specifically highlighted the incumbent Davao City mayor’s supporters’ quote card, which had the words “I stand with the president” along with Sara Duterte logo.

“I have no problem with people using it for the right reason pero HUWAG PO NATING GAMITING CAMPAIGN MATERIAL (but do not use it as campaign material),” the Kapuso artist emphasized.

He also asked the public to look at the last line of his 2016 statement, which he put on all caps, “WALANG DAPAT IKATAKOT KUNG ANG GINAGAWA AY TAMA (Do not be afraid if what you are doing is right).”

Although Michael V. clarified that his statement was made over four years ago, he did not specifically say what his current stand is.

The comedian, who revealed through a July 20 vlog that he had contracted the novel coronavirus, is currently recovering in his own home.  /ra

Michael V. is getting better now after positive COVID-19 test