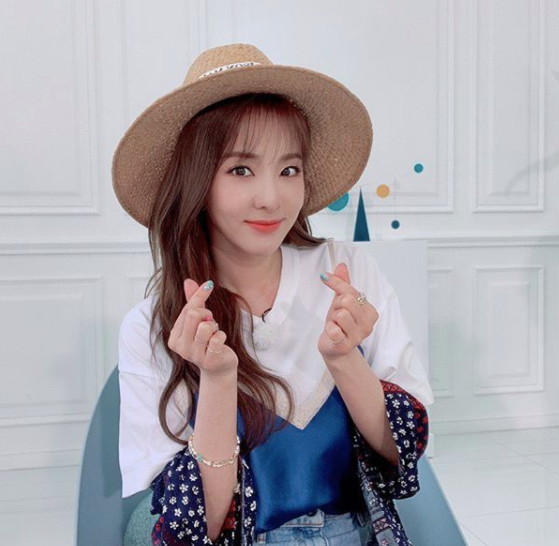 It seems that K-pop superstar Sandara Park has not forgotten her Filipino roots after she suddenly spoke fluent Tagalog during an episode of the Korean talk show “Video Star.”

Park, who is one of the hosts of the TV show, shocked her co-hosts when she code-switched to Tagalog while doing an impromptu mother-in-law and daughter-in-law skit with Korean actress Choi Su-rin.

Some netizens were delighted at Park’s performance and how fluent her Tagalog was despite not living in the country anymore, as they showed the portion of the show via Twitter last Wednesday, July 29.

(What are you saying? I cannot understand you, I am from the Philippines. I do not know.)

Scene was MiL said she didn't like Dara's dress. MiL said she never really liked her & showed hate.. Dara suddenly spoke in Tagalog & all were taken aback. She ended up saying she'll file for divorce and fled. pic.twitter.com/pVYv19DsJa

Giving context to Park and Su-rin’s exchange, a certain @ALEXAsaki said that the scene was about the mother-in-law (Su-rin) not liking her daughter-in-law (Park) and insulting the way the latter dressed.

While Su-rin’s character appeared to be in the middle of a heated argument with Park’s character, the K-pop star spoke in Tagalog, throwing Su-rin off track and leaving her speechless.

“She (Park) ended up saying she’ll file for divorce [and then] fled,” the netizen said, describing the end of the skit.

Another netizen commended Park for her fluency in speaking the Filipino language.

(If you are not a K-pop fan and you heard her, you would think Daraling is indeed a half-Filipina.)

Some Filipino fans also revived Park’s former title as the “Pambansang Krung-Krung,” back when she was still an actress in the country.

I don't know what's going on here but this is so funny. I'm familiar w/ this show since Sunny was a previous host & Dara replaced her spot when she left.
it seems it's a short acting stage then Sandy suddenly speaking filipino.😂#PambansangKrungKrung
pic.twitter.com/vnoJ1ezqjm

“No one can’t take away Dara’s love for [the] Philippines and [her] Filipino Heart,” @1010outdated said.

No one can't take away Dara's love for Philippines and Filipino Heart ❤️✨ https://t.co/a9YhLO9B2o

Sandara Park debuted her acting and singing career in the Philippines when she appeared on the reality TV show “Star Circle Quest” back in 2004. She also starred in several movies including “Can This Be Love” (2005) and “Bcuz of U” (2004) with her former loveteam partner Hero Angeles.

After years of success in the country, Park returned to South Korea and became one of the members of the iconic K-pop girl group 2NE1, which was active in the music industry from 2009 to 2016.

Park has been consistent in showing her love for the Philippines. During her 35th birthday, the K-pop star celebrated the occasion with some of her loved ones by visiting Bohol.  /ra

Read Next
Kris Aquino staging TV comeback via ‘Love Life with Kris’
EDITORS' PICK
Been there, done that but what’s the difference between MECQ and GCQ?
Smart 5G goes live
A gem of a residence in the new normal
Water remains our saving grace right now
BREAKING: 3,226 latest COVID-19 cases bring PH’s total to 106,330
PNP: Checkpoints back in MECQ areas
MOST READ
MECQ guidelines in infographics
MECQ in NCR, other areas: Mass transportation suspended, quarantine pass required anew
Lacson takes up cudgels for health workers ‘threatened’ by Duterte
Doctors group to Duterte: ‘There was never a call for a revolt’
Don't miss out on the latest news and information.

WHO warns there may never be a COVID-19 ‘silver bullet’