Ces Drilon and I fondly call each other “VS” (V sister) because our friendship blossomed when we were part of the award-winning play, “The Vagina Monologues.” Aside from being a friend, I am her fan, as well. I will miss her perky presence on free TV.

After the franchise renewal of ABS-CBN was unduly denied, Ces lost her job in the network, which was her home since 1989. The veteran broadcast journalist’s shows and newscasts through the years included “Usapang Business,” “Pipol,” “I Survived,” “The World Tonight” (as business anchor), “Insider,” “Business Nightly,” “Pointblank,” “Get Real,” “The Rundown” and “Bandila.”

Despite the loss, Cess is not one who would sulk and wallow. She always looks at life straight in the eye and is dressed for the part. After surviving an abduction, the wonder woman in her can survive anything.

It’s not the end for my ever fab VS. It’s just a pause before another fresh start. Take a bow for a job well done—and well-dressed, at that! C’est la “Zest” de Ces. 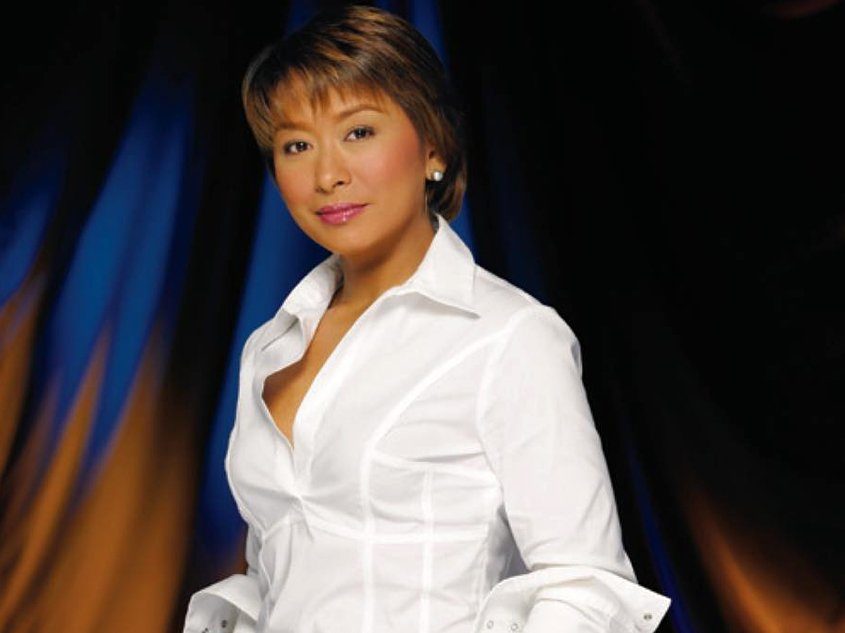 Here’s my chat with Ces:

What was the highlight of your stint in ABS-CBN?

The highlight was being a field reporter, being able to visit the far reaches of the country, covering conflict, trying to make sense of the root causes of what ails the country, scoring scoops and exclusives, and meeting people from the corridors of power to the most downtrodden.

What’s the most important lesson you learned during your ABS-CBN days?

It has always been this: A setback can be turned into an opportunity, that losses may lead to far better things. I have mourned the loss of many shows, which were career setbacks at the time.

My first show “Usapang Business” was canceled because of the Asian financial crisis. I was heartbroken, but then I had a new show “Pipol” to replace it. When “The World Tonight” ended on Channel 2, I was very fearful about the future.

Then, I did the talk show “Pointblank” on ANC and the business show “Business Nightly.” I lost my bid to be an anchor of “TV Patrol.” But then I got a management position and a stint to build a website, ANCX, which I am very proud of.

What was your most memorable interview?

The most memorable interview was one that didn’t happen. I was supposed to interview the purported new leader of the Abu Sayyaf, Radulan Sahiron, but was abducted instead, together with my team. It was the most difficult experience of my life. I thought I was going to die.

Tell us a bit about your “SONAgkaisa” rally experience.

I wanted to speak about the threats to press freedom. I had long been wanting to speak out aside from my posts on Twitter and since I am about to become a free agent, I thought it was the right time, because I could speak freely without affecting ABS-CBN.

I was so anxious about it though because there would be no turning back. I knew that it was a major step I was about to make. I woke up at 4 a.m. that day and the following day. My dateline was so high.

What’s your personal mantra as you face the new normal?

Embrace the unknown and uncertainty. Stand firm on your principles. Pivot and adapt. Resilience is the name of the game.

What’s next on your agenda?

Last year, I got into e-commerce with my own line of computer eyewear. Serendipitously, it has become an essential in these times of being hyper online. So I plan to focus more on it. I also want to continue telling stories, even if I no longer am on ABS-CBN. The digital world beckons.

I was fortunate to have left “Bandila” in 2017 to go into the digital realm. I was able to say goodbye properly, something denied of my cohosts. I also plan to go into farming, which was really the plan. It just got sidetracked because I was tasked to oversee the lifestyle shows of ABS-CBN News: “Rated K,” “Matanglawin” and “Sports U.”

What’s your secret for aging gracefully?

I just take after my mom! It’s in the genes. But I think a lot of it comes with laughing a lot and being true to yourself.

What makes your relationship with Ricky (Carandang) work?

We aren’t married—that’s why it works (laughs)! Seriously, I think it comes from a deep respect for each other and knowing when to give in.

As a fashionista, what are some of your rules of style?

The clothes you wear are an expression of yourself. They reflect your personality. So the rule is not to be afraid to break the rules.

If your life story would be written as a news item, what will the headline be?

“Madonna of the newsroom” (as my colleague and close friend KC Constantino called me), I like that.

But more than reinvention, it’s more about exploring my many facets and not being stuck with just one aspect of myself.