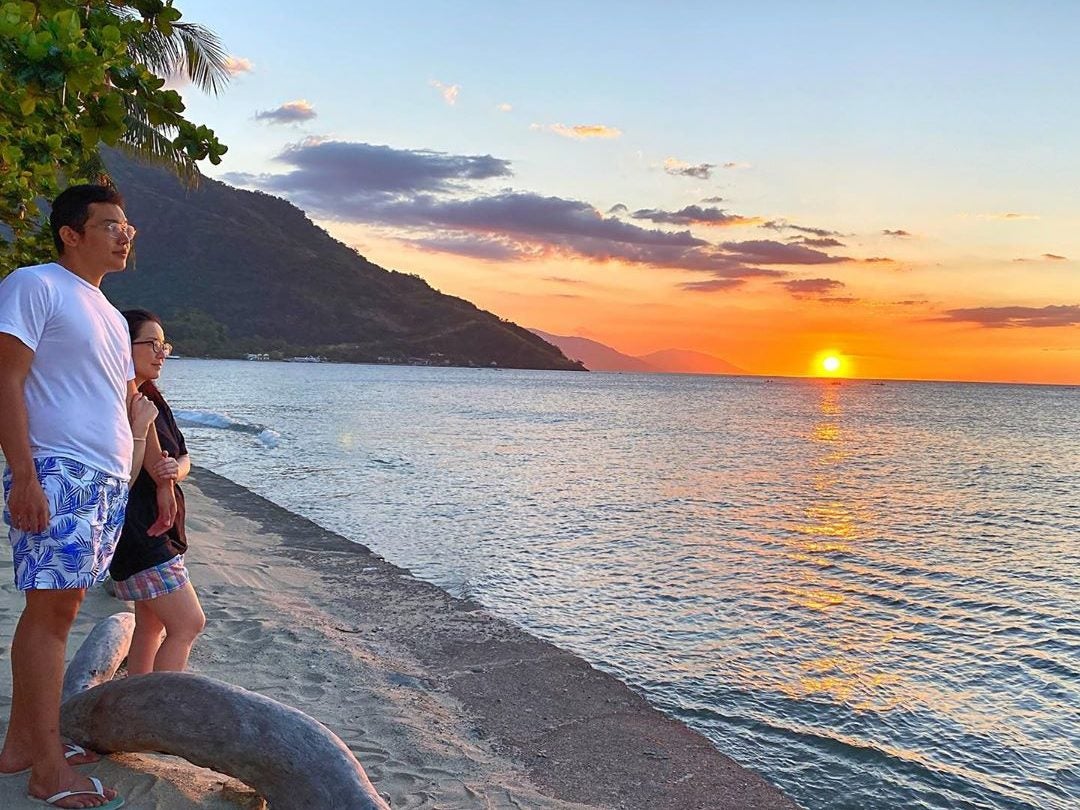 Kris Aquino, who got stranded for nearly three months in Puerto Galera with sons Josh and Bimby due to the government-imposed lockdown in March, said that while the time in isolation “could really bring families closer, it could also break them apart.”

“I can only share what happened to the three of us. It was just us the whole time. We love each other, but there were moments when we just didn’t want to talk with each other anymore. It’s not because we were in a financial bind—we know we’re very lucky. That’s why I told the boys, ‘Let’s try to be more patient with each other,’” Kris shared with Inquirer Entertainment in a pretaped video interview (Her production team recorded her answers to the questions sent to her earlier).

“For most families, this could really bring them closer because it’s when you value the lives of each other more,” she explained. “This could also break you apart. Unfortunately, I know a lot of couples who broke up as a result of this.”

For Kris, the pandemic happened in order to force mankind to reflect on its actions. “It’s trying to teach us to become stronger as individuals, make us realize that we should value the small things that we used to take for granted. I also believe that it’s trying to show us that we should live, not just for ourselves, but live in order to help others—kasi parang ‘yon ang nawala.

“I can’t blame others for prioritizing themselves and their families, but we also need to care for our country. I have a 13-year-old son (Bimby). I know he will outlive me. It’s very important for me, after what I saw, that we take care of those with less,” said Kris.

It’s been a while since Kris was seen on live TV. After her last show on ABS-CBN, we saw her create milestones in the digital world. On July 31, she officially announced her comeback via the show “Love Life with Kris,” which will air on TV5 starting Aug. 15, from 5 to 6 p.m.

The show airs live on Saturdays, with digital episodes streamed on the show’s official Facebook page four times a week.

When Inquirer Entertainment asked what she missed most about being a TV show host, Kris replied: “It’s seeing new places, especially because this is still not allowed at the moment. I have faith that we will travel again. I’ve been to the mall twice and felt really sad. I got to interview so many restaurants in my previous shows. I hope for them to get back up again.”

With the success of her online show, why does she still want to resume TV work? Is this because she wants to reclaim her old title, “Queen of All Media?”

“I don’t need the title because I already know who I am. With the more than two months that we stayed in Puerto Galera, I saw with my own eyes and with our own experience how important it is for every family to be assured that it has a steady source of income, that it has the very basic necessities of life,” she said. “I don’t want people to feel like they’re watching Sunday Mass or worship when they see the show. However, I’m going to show my audience that the reason I am so blessed is probably so that I can share my blessings. This time around, the tithing that I will do will be done with this show.”

The program will have three major segments: One dedicated to the home. Kris will feature chefs, mothers and restaurant owners who will share inspiring stories. Another segment features Kris interviewing personalities who stand out in today’s headlines.

“I also want you to hear opinions not just coming from me. Nagsasawa na rin ako sa boses ko. That’s the whole essence of what nation-building is all about, for us to have informed opinions. We need to listen to all sides,” she pointed out.

In another segment, Kris will shine the spotlight on organizations and individuals, “who are models of the Filipino’s outstanding traits of resilience and optimism.” She explained: “I want to showcase people who have dedicated their lives to make a difference in this world. I also want to feature love-against-all-odds stories, to give hope to single women like me.”

Asked what her prayers contain these days, Kris replied: “It would be selfish of me to still ask for things from God at the moment. All I do right now is say, ‘Thank You.’

“I start my day listening to my worship playlist. There’s a song called ‘Casting Clouds’ that says ‘I’ll praise you in this storm …’ We need to do that. Let’s not stop hoping. We shouldn’t blame this on God because He is our only hope right now.”

Read Next
Ai-Ai on shuttling between comedy and drama
EDITORS' PICK
Comelec division junks petition to cancel Marcos COC for president
Acer starts the year off strong with the Aspire Vero National Geographic Edition
PH logs 37,070 more COVID-19 cases; over 33K others recover
‘Not yet the end’: Lawyer says Marcos Jr’s DQ cases to take lengthy process
The best of bayside and city living at SMDC’s Sail Residences
Over 3 Million worth of prizes to be won at Smart Padala’s SENDali Manalo Promo!
MOST READ
NBI foils escape attempt of Kerwin Espinosa, two others
Marcos camp ‘extends hand of unity’ after COC cancellation bid is thrown out
Wendell Ramos finally gets to hold his newborn for the 1st time
No vaccine, no French Open for Djokovic, says French Sports ministry
Don't miss out on the latest news and information.