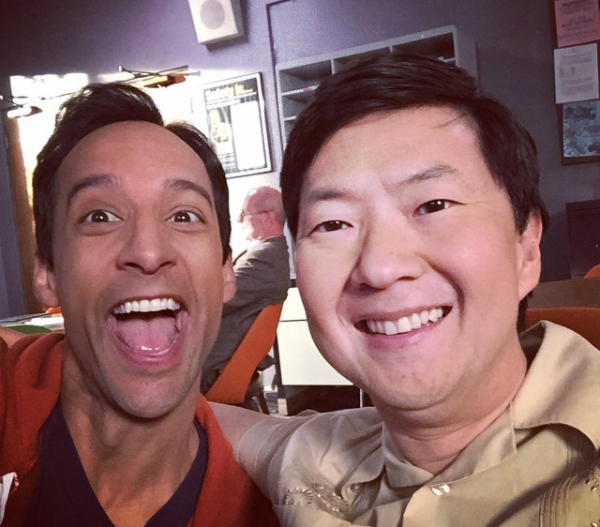 Danny Pudi, who played the iconic Abed Nadir, has shown his “value” to everyone once again as he shares his very own take on how a “Community” movie might go.

Pudi, who shared that rewatching the series has been one of the highlights of his life under lockdown, disclosed his “dream Community movie plot” in an online interview with YouTuber The Movie Dweeb.

“I know it’s a really tough time and I’m sending my thoughts to everyone out there; stay safe, do whatever you can to stay mentally and physically safe,” Pudi shared in the interview uploaded yesterday, July 24. “One of the things that we’ve been doing in our house is watching ‘Community with the kids.'”

“That’s been really fun. Eye-opening, lot of conversations being started. There’s enough lightness in the show, which has been something that we look forward to every night.”

While it has been a longstanding joke (or demand) from fans and the show itself to make a movie—under the “Six seasons and a movie” mantra—Pudi proposed a film in which Greendale unites to find Troy, played by Donald Glover aka Childish Gambino.

“Here’s some options: we’ve never heard whether those tracking devices were removed from people’s bodies. We also don’t know where they are in people’s bodies—that was one of the bits of the show,” Pudi recalled as he channels his inner Abed.

“So, my initial pitch would be, we use those tracking devices to find each member of the study group. I think that’d be fun, kind of like getting the band back together,” he added.

Pudi also suggested that for the film’s soundtrack, of course, they will use none other than songs by the multi-awarded Childish Gambino.

“The soundtrack is, obviously, Childish Gambino music, it’s really good. We have this awesome montage, we get everybody going, we have everyone training; Jeff Winger’s muscles are now like this big,” he explained.

After their “Rocky”-like montage, the study group will then find out that Troy—who was last seen off to explore the world with LeVar Burton—is now stuck inside a bunker.

“We have to get him out of this bunker. Someone is there; some kind of system. There’s obviously a villain in play, which is probably City College,” Pudi explained.

“Somehow, City College is involved, Air Conditioning school as well, Greendale is involved, and we have to somehow get Troy back,” he added.

Pudi noted that while he has not really worked out yet how to solve this problem, they will eventually save the trapped study group member, who will return safely to Greendale.

“I don’t know how we solve the puzzle, but we all get back to Greendale. We eventually become the administration and the new board of Greendale Community College,” Pudi shared,

While the actor seems to already have a well-thought-out plot in his head, he revealed that he and fellow “Community” actors have not really shared ideas with each other.

“We are in a big WhatsApp group and we are in a text chain, and we don’t really pitch movie ideas. It’s mostly like jokes, bits, talking about what we can do over quarantine, when we can meet again, when we could hang out,” Pudi shared, somehow giving fans relief that the study group is still in touch.

“It’s been really special to have this group and I think—especially since the 10-year-reunion—we’ve been able to connect,” he added.

Expressing his gratitude to those behind the show and its dedicated fans, Pudi emphasized: “It’s nice to have this little family that we can come back to all the time and share these awesome experiences together.”

The cast of “Community” and creator Dan Harmon last May reunited for a virtual table read, which was also a fundraiser for COVID-19 relief efforts. Ian Biong /ra