Pokwang looks back at hilarious convo with late friend Chokoleit 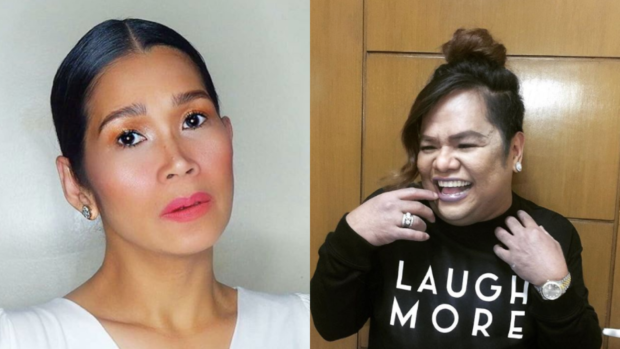 It seems that even after his passing, the late comedian Chokoleit is still making his good friends laugh. Pokwang, for one, shared with fans one of their hilarious conversations.

Pokwang (real name: Marietta Subong) looked back at one of their chat exchanges, where they simply talked about a certain brand of cheese—or at least tried to.

(I will never get tired of looking back at the days when you were making me laugh Chokie hahahahaha when you were just simply asking what cheese was used, right?)

Pokwang then told Chokoleit that the brand was “Kraft,” prompting the comedian to reply: “Lora? Kraft? Tomb Raider?”

The simple inquiry on a cream cheese brand then quickly turned into a quick “Pinoy Henyo” game after Pokwang gave Chokoleit a clue that it started with the letter P.

“Lugar ito sa [America] at naging pelikula ito (It is a place in America and it became a movie)!” Pokwang then gave the next clue.

Chokoleit was then quick to pick up the hint and even shared a bit of his film knowledge, answering “Philadelphia! Kung saan nanalo si Tom Hanks ng Best Actor (Where Tom Hanks won Best Actor)!”

“Tamaaaa!!! Husaaayyyy (Correct!!! You are good)!!” Pokwang then praised her best friend.

The two comedians were known for having a really good relationship and it seems that Chokoleit will never be forgotten by his friend any time soon.

Pokwang sent her greetings to the late comedian last June for the latter’s birthday and also paid tribute to Chokoleit just a month before on his first death anniversary.

Chokoleit died shortly after a performance in Abra in March 2019. He died of pulmonary edema and heart attack. He was 46 years old.  /ra