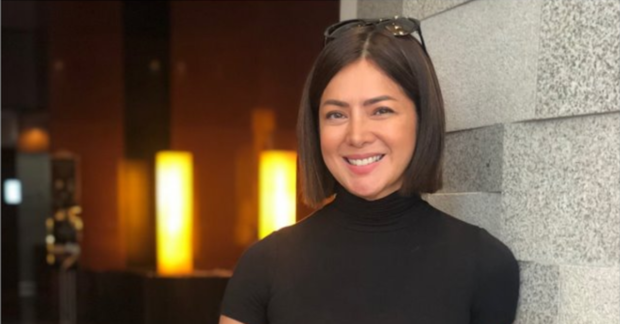 Actress Alice Dixson will address the “taong ahas” (human snake) urban legend surrounding her and a mall, three decades after the story first haunted the metro.

While Dixson clarifies that she does not intend to give life once again to the rumors, she said she just wants to reveal her side of the story behind the supposed incident at Robinsons Galleria in Ortigas.

“I made [a] promise to a dear friend – I said I would tell my side of the story this year at dahil (and because) [30-year] anniversary na (already) this month, it is NOW time,” she posted on Instagram yesterday, July 20.

“Yes, [three] decades na! And I’ve never said a word or explained my side. Kaya if you are one of the many na gusto nyo malaman ang totoo, panoorin nyo etong [kwento] ko sa [aking] YouTube channel very soon,” she added.

(So if you are among those who want to know the truth, stay tuned for the story coming to my YouTube channel very soon.)

The teaser showed Dixson driving into the parking lot of the mall, then entering the mall and going into a fitting room.

(So I will tell you all in detail everything that happened on that day.)

According to one version of the “taong ahas” urban legend, Dixson was trying on clothes at a fitting room of the said mall when the floor suddenly opened up, leading her straight to the jaws of the snake man.

Dixson was apparently able to flee but was paid off by the mall’s owners to never talk about the incident.

In another version, the said monster is believed to be a twin of one of the mall owner’s children. The “taong ahas” is also said to be the one responsible for the family’s vast amount of wealth.

Despite the sinister story, Dixson seems to make light of things as she has also starred in one of the mall’s commercials in 2018 parodying the urban legend. NVG