WATCH: K Brosas proud of daughter for coming out as lesbian 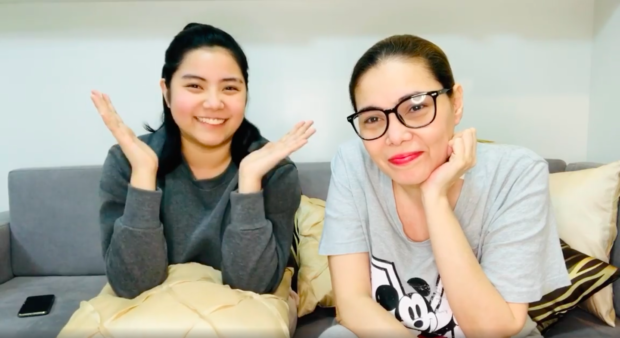 K Brosas (right) with daughter Crystal in her coming out video (Image: Instagram/@kbrosas)

Though K Brosas celebrates her birthday today, July 15, she ended up giving a gift to her only daughter Crystal: the chance to be out and proud.

She posted a video of her and her daughter today on Instagram, where Crystal announced, “Ako po si Crystal and I am a lesbian. I am gay.”

The singer and comedienne, now 45, said she knew her daughter was gay when she was in high school and fully accepted her.

She recalled that Crystal came out to her after an “unfortunate event.” During that time, Crystal came to her crying and she told her, “Anak kahit ano pa, kahit halamang dagat ka, mamahalin kita.”

(Whatever you are, even if you are a seaweed, I will love you.)

“I am very proud of you,” she told her daughter repeatedly, boasting too that she was talented in composing music, playing the guitar and dancing.

She said she knew she could be criticized for supporting her daughter, but stressed that sexual orientation would not stop her from loving her.

Crystal took to Instagram to thank her mom for the opportunity to come out, recalling the pain she went through while in the closet.

“It affected my music creation, human interaction, and also with my [love life],” she revealed.

Crystal said she dated boys, but “[in] the end, I realize that being gay will never be choice. You should NEVER force yourself to be straight because being gay IS NOT WRONG in the first place.”

She said she came out to her mom in college on July 7, 2017. “That time, I cried and she accepted me with open arms. No judgment, no doubts—only unconditional love. And it was one of the best days of my life.”

“And now, look at me. Posting this in public. Letting the world know the real me with my Mom by my side. No more hiding, no more pain, and no more pretending,” she wrote.

For her birthday greeting to her mom, she said, “Thank you so much for giving this gift to me—while it should be you receiving it. I would never trade you for anyone else.”

“My happiness is just beyond words. Salamat dahil ikaw ang naging nanay ko (I’m thankful that it is you who became my mother).”  /ra