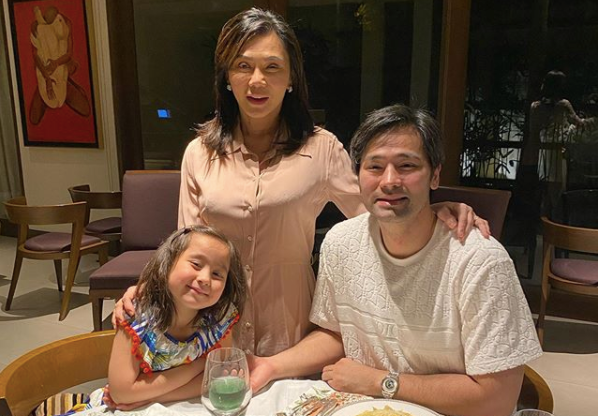 “When can I start drinking wine?” the 5-year-old girl asked her dad during dinner. Kho paused before replying, “When I say so.” Scarlet’s mother and Kho’s wife, dermatologist Vicki Belo, showed the interaction on her Instagram page yesterday, July 6.

Kho later on added that perhaps he might give the go signal when Scarlet turns 18 years old. He said that Scarlet’s first glass of wine should be with him. Belo faintly questioned why she was not included in the plan. Kho then requested his wife to let them have their own bonding moments, too.

“She always gets into our dates, hello?” Belo joked, gesturing at their romantic dinner with red roses and red wine. “But it’s okay because you love her so.”

The family also got on the topic of dating, to which Scarlet remarked, “I don’t understand.” Kho told Belo that when their daughter reaches 11 years old, he will explain to Scarlet “all the strategies of men.”

Belo also jested that Kho might go to all of Scarlet’s dates, sitting in another table to watch over their daughter and her date. She said Kho will check if Scarlet’s date is a gentleman, just like Kho.

As it turns out, Kho got a surprise Father’s Day romantic dinner from Belo, with their “always-welcome third-wheeler” Scarlet Snow, as seen on Kho’s Instagram post on June 21.

Scarlet celebrated her 5th birthday on March 3 by having a Jollibee kiddie party. Belo and Kho got married in September 2017 in Paris, France. Last May, Belo also showed never-before-seen footage of their wedding vows where she and Kho recounted the reasons why they love each other. JB