Vicki Belo and Hayden Kho finally had the church wedding of their dreams, along with a romantic reception, in no less than a Paris Opera house.

Two hundred guests flew into Paris for the extravagant ceremony, which took place months after the couple was married in civil rites.

Using the hashtag #aKHOandmyBELOved, celebrities and guests shared their favorite moments from the grand day in the City of Lights.

While Belo was dressed in a romantic light pink Michael Cinco gown, guests wore their best black and white attires.

In true fairytale fashion, she later changed into a powder blue gown for their first dance:

Cristalle Belo-Pitt shared photos of her mom’s clients who have become her trusted friends over the years. 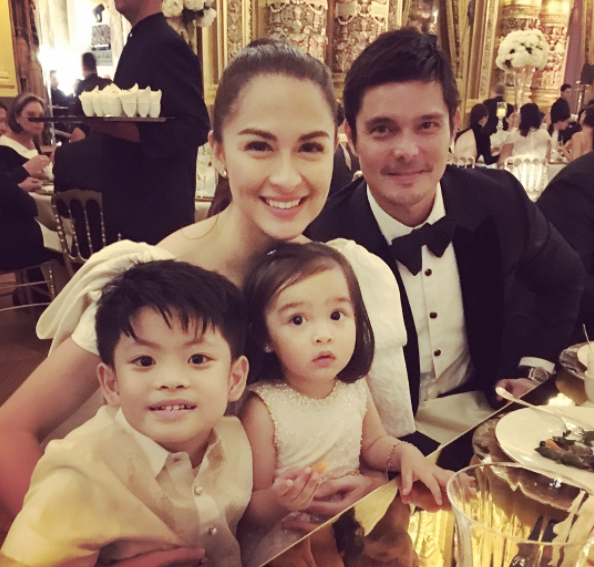 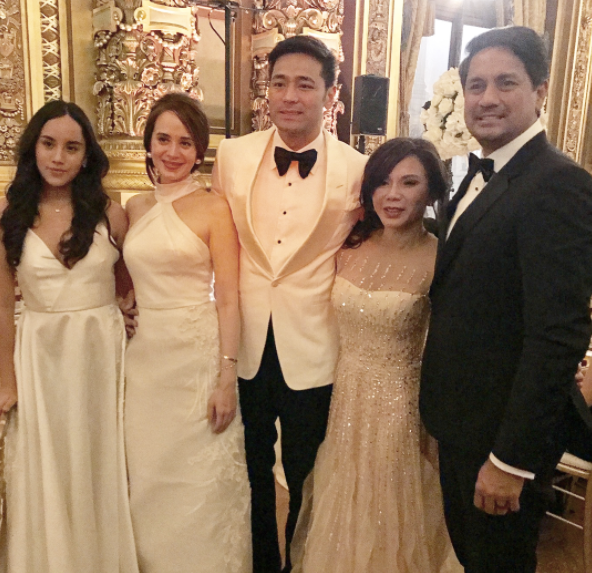 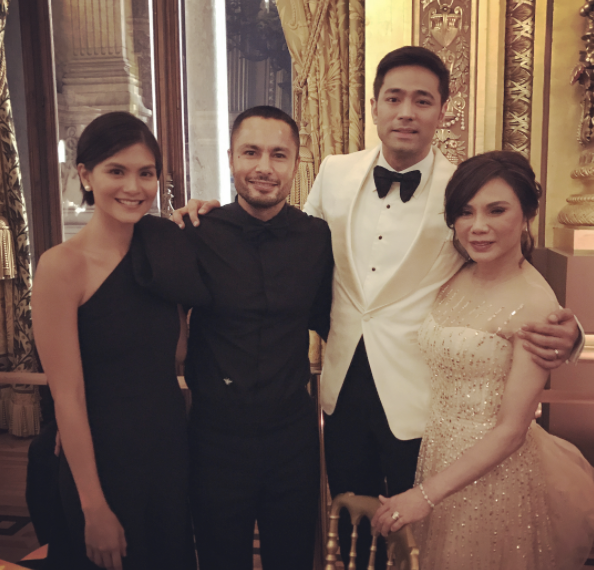 Aside from star power, talent also overflowed in the reception, care of Asia’s Songbird Regine Velasquez and hubby Ogie Alcasid who hosted the ceremony.

These two “weren’t ready daw! 😂” did you guys know that @reginevalcasid is @victoria_belo’s longest celeb patient? My ninong @RonnieHenares (her previous manager) brought her to Dr Belo when she was just a teenager. It was so entertaining seeing these two lovebirds hosts! It was so special coz it was apparently @ogiealcasid’s first time in Paris!💖 #aKHOandmyBELOved

Tim Yap, Lovi Poe and Alden Richards all looked their best and sharpest in black. Poe described hers as a “black swan dress.”

Proud to say I’ve known these people from the every start. And even prouder to say that they have not changed one bit. #aKHOandmyBELOved

My date for tonight #aKHOandmyBELOved

Michael Cinco posed with Piolo Pascual whom the designer described as “gorgeous”:

Kuya Kim Atienza had his own romantic moment with wife Felicia: 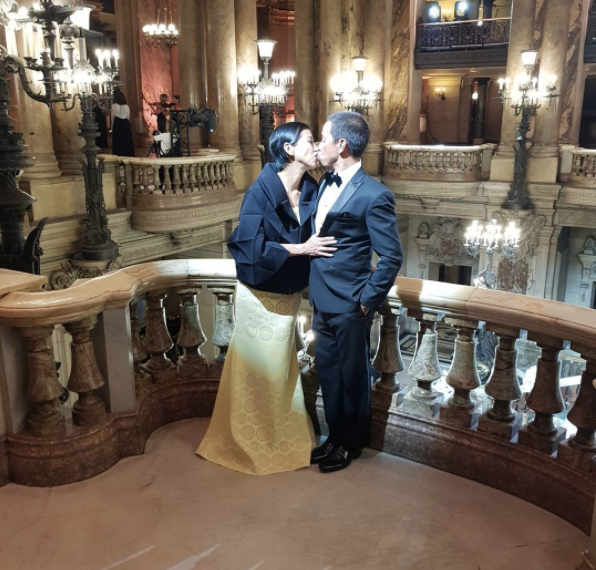 There was a lot of dancing from the newlyweds. In this photo, it’s in the bride’s third Michael Cinco gown for the night:

Love never felt so good 🎶🎶🎶 Watching @dochayden & @victoria_belo dance the night away as husband and wife. So much love ❤️❤️❤️#aKHOandmyBELOved

Cinco summed up the wedding best. “The most spectacular and extravagant wedding I’ve ever seen,” he said in one of his Instagram posts of the bride and groom at the steps of the Opera House. JB

Vicki and Hayden get married in emotional rites

All of the Best Moments at Dr. Vicki Belo and Dr. Hayden Kho’s Paris Wedding