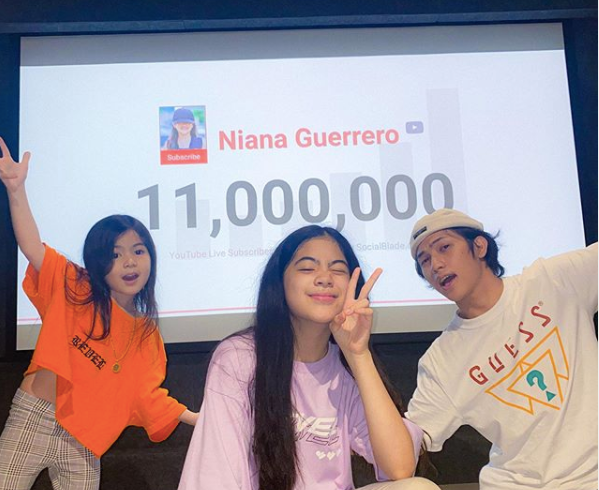 Guerrero celebrated the milestone by sharing a clip of her dancing against the backdrop of her sub count via Twitter yesterday, July 2, thanking fans for making the achievement possible.

“Just hit 11 MILLY on [YouTube] thankful and grateful 11M times [heart emoji],” said the content creator, who is among the country’s most-subscribed YouTubers.

The young dancer has been active on the video-streaming platform since 2013. She has also appeared countless times on Ranz Kyle’s own videos, both on social media and his YouTube channel.

In her latest vlog posted on June 28, Niana and her brother tried out several video effect hacks that have been trending on the video-sharing platform TikTok.

WATCH: Cancer-stricken vlogger Emman Nimedez goes home to rest after over a month in hospital

Ex-sparmate Kambosos thanks Pacquiao for helping him become champion