WATCH: Cancer-stricken vlogger Emman Nimedez goes home to rest after over a month in hospital 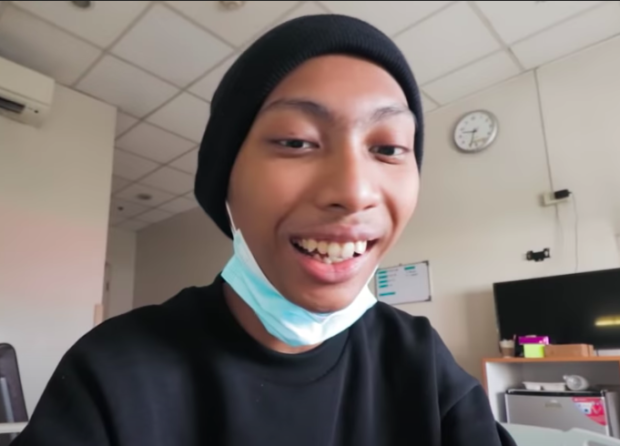 After spending more than a month in the hospital for cancer treatment, local YouTube star Emman Nimedez has finally been allowed to return home to rest for a week.

Nimedez in his most recent vlog on June 25 disclosed that he was doing better, noting that his doctors even pointed out how fast he was recovering from acute myeloid leukemia.

(Maybe you are wondering, “Why is it so fast? How did that happen?” I just was not able to update you guys, but after my last vlog, if you remember, I said that my recovery process is quite fast that even the doctor was shocked.)

(But my struggles did not really go away after that last vlog. Right after that, I went through a series of blood transfusions.)

Despite his fast recovery process, Nimedez shared that his red blood cell and platelet counts have been plummeting, which is why he is still in need of donors after already receiving four bags of blood and platelets.

(I am only being sent home to rest. The doctor is giving me one week to rest at home so I can at least live in a new environment for a while.)

Nimedez also shared that he had undergone a biopsy to determine if chemotherapy is working on him. Once his blast (leukemia cell) count reaches zero, he will begin what he called a more intense phase of treatment to ensure the disease will not return.

(I am once again asking for your never-ending prayers. Thank you very much to all who prayed. I probably need prayers the most now.)

Nimedez’s vlogger friends from Team Payaman, including Cong TV, have recently gone bald to show their support. Team Payaman last month went up against the Splash Brothers in a “Tekken” and “Mobile Legends” tournament where they were able to raise around $6,518, or over P326,000, for Nimedez.  /ra