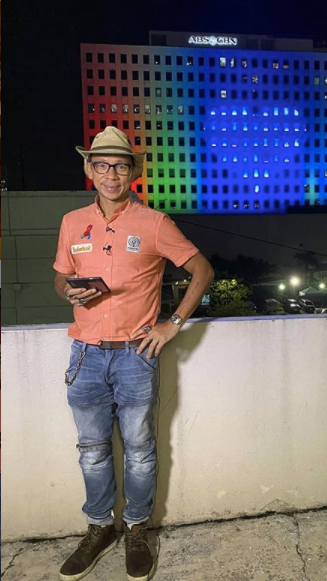 Staying true to his branding as an educational TV show host, Kim Atienza came up with a creative way to clap back at bashers criticizing the media giant ABS-CBN amid its bid for franchise renewal in Congress.

Using the hashtag #KuyaKimTrivia, Atienza responded to comments about the TV network on Twitter by giving out trivia about the origins of several terms including as*hole, corny and the middle finger.

ABS-CBN went off the air last May after the National Telecommunications Commission (NTC) ordered it to stop broadcasting operations after its legislative franchise expired. On June 30, NTC also ordered the shutdown of Sky Direct, which is the direct broadcast satellite service of the TV network’s subsidiary Sky Cable Corp.

Atienza shared a Bible verse on his Twitter page last Monday, June 29. He prayed that God, if it is His will, would “soften the hearts of those who hate ABS” and that “Congress and the powers that be (would)  give us our franchise.” Atienza’s post earned harsh feedback from some netizens, to which he responded with the hashtag #KuyaKimTriva.

Goodnight verse. Lord If it is your will, soften the hearts of those who hate ABS and may Congress and the powers that be give us our franchise. In Jesus name.

(Did you know that fart is bang gwi in Korean. It is from an old English word “feortan” meaning to pass wind. Its smell also varies depending on what one usually eats.)

A netizen compiled some of Atienza’s responses yesterday, July 2. Atienza retweeted the post and thanked her.

“Can all we stop for a while and appreciate how @kuyakim_atienza has been responding to his bashers,” a certain @Cam_Conde said. “Such class. Consistent pa siya sa branding niya (He is still consistent with his branding).”

In the screengrabs of Atienza’s retweets, the TV host dished out trivia about the medical term of as*hole, which literally is “anus or the opening of the rectum to the outside of the body.” He also explained the meaning of “corny,” which means a joke is “promdi” or from the province or from a corn farmer.

The TV host explained how the middle finger works as well, on his Twitter post today, June 3.

“Did you know that each finger has a separate tendon to make it move?” he said. “The middle finger is the only finger whose tendon is connected to the ring finger. #kuyakimtrivia”

Did you know that each finger has a separate tendon to make it move? The middle finger is the only finger whose tendon is connected to the ring finger. #kuyakimtrivia https://t.co/yA11DoJ6E5

Atienza acknowledged the praise by replying to the netizen with more trivia. “Basher is from the [onomatopoeia] Bash,” he said. “An [onomatopoeia] is a word derived from [its] actual sound.”

Since then, some Twitter users have been asking Atienza for tips and questions about random topics. Atienza is the host of the science and environmental TV show “Matang Lawin.”  /ra