‘High School Musical’ director reveals Ryan Evans is gay, might have ‘come out in college’ 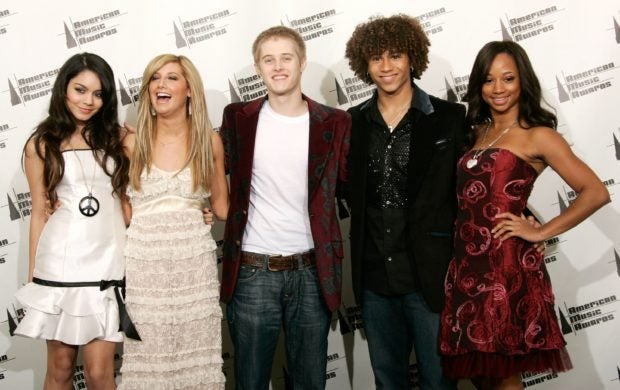 The director of the hit Disney Channel trilogy “High School Musical” confirmed that one of its characters Ryan Evans is gay.

Director Kenny Ortega said that Evans (played by actor Lucas Grabeel) “probably” would have come out in college, as per Variety last Tuesday, June 30.

Ortega talked about some of his films and his journey from being a theater actor to choreographer and film director. He was also part of Variety’s “Power of Pride” list for making movies that young LGBTQ audiences could resonate with.

When Ortega was asked if there was a “queer aesthetic” that runs through all his films, he said yes.

“I mean, really all the way back from the earliest work that I’ve done, even as a choreographer in film and television,” he added. “And I think, yeah, that it’s just there, and whether it’s screaming at you, or whether it’s just sort of quietly there, it’s there.”

With regard to Evans, Ortega stated that it was “less about coming out and just more about letting his true colors come forward.” The director also addressed whether or not Evans could have been openly gay when they made “High School Musical” back in 2006.

“I didn’t think at the time — and Disney is the most progressive group of people I’ve ever worked with,” he was quoted as saying.

He explained that during that period, “Disney might not be ready to cross that line yet and move into that territory yet.” Despite not blatantly declaring Evans’s sexual orientation, Ortega believed that viewers would know.

The director also recounted numerous kids who have told him how “High School Musical” helped them be comfortable in their skin and embrace their identities.

“High School Musical” centers on the life of Gabriella Montez (Vanessa Hudgens) and Troy Bolton (Zac Efron), who were part of two different high school cliques but found a common ground as they began to explore their passion for musical theater. Ryan Evans is the fraternal twin of the main antagonist, Sharpay Evans (Ashley Tisdale). They were the co-presidents of Montez and Bolton’s high school drama club. Cha Lino/JB