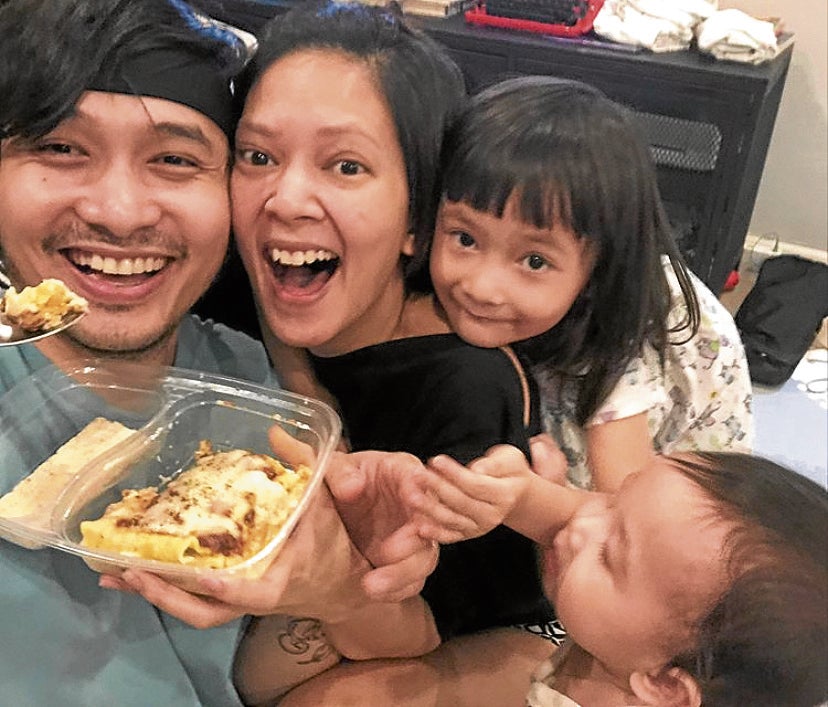 The first few weeks of quarantine threw Chynna Ortaleza for a loop.

Spirits were down; anxiety was high. And the uncertainty of it all had the actress incessantly worried—not only for her family, but also for the artists she and her husband, Callalily frontman Kean Cipriano, manage under their record label.

“I was down and out of sorts. I didn’t know how to pick myself up. My husband’s a musician but he can’t do shows because gatherings still aren’t
allowed. We work in the music industry. We have our own label, O/C Records, so we were contemplating about the future of the artists we take care of,” she told the Inquirer in a recent video interview.

“Of course, we’re both concerned about our personal careers. When will we be able to do shows? Or when will shooting resume? Those were the
questions I kept on asking myself,” added the GMA 7 actress.

Chynna and Kean eventually had a talk to evaluate the situation and recalibrate themselves to better cope with the COVID-19 pandemic and the challenges it present. And one of the things that struck her the most was a reminder from her husband that, as artists, they shouldn’t let the pandemic get the better of their creative spirit.

“After weeks of feeling up and down, of crying and not knowing what to do. Kean told me, ‘You know what? We’re artists. And instead of worrying,
we should start creating,” Chynna related.

And it need not be anything too ambitious or complex at once. “We began with small things, simple online content.

That really helped, because it eventually triggered the flow of ideas. Now, Kean is working on a pitch for a movie. And I have been having discussions with my fellow actors,” she said.

Opportunities for their artists, thankfully, soon followed. “I take comfort in that,” she said. “I have realized that I shouldn’t worry or stress myself
too much. I surrender everything to God. But I also know that things won’t happen for us if we don’t work hard and that’s what we’re doing now.”

With the recent relaxing of quarantine guidelines in Metro Manila, networks have been slowly and ever so cautiously resuming production of select
programs. Is she ready to venture out for potential television projects? This decision would have been a lot easier if she didn’t have children, she said.

“One of the things we’re wondering is how we get back to face-to-face work. I have two young kids, so we’re weighing if it’s going to be worth it having
ourselves locked away for a certain number of weeks, for a certain project, and expose ourselves to other people,” said Chynna, mom to 4-year-old
daughter, Stellar, and 9-monthold son, Salem.

“But at the same time, we figured that we also have to free ourselves from fear if we were to move forward,” she added.

Working from home is quite the challenge, Chynna said, because work time and family are now blurred. But it’s also extremely rewarding.

“I see my kids day in and day out. I see everything they do, their achievements, the funny moments, mga palpak nila. I’m also more aware of my shortcomings,” she pointed out. “It’s then you realize that joy is in the simple things, family connections and friends.”

Aside from her family, Chynna’s fellow actors at GMA Artist Center have also been an indispensable source of love and support in these trying times. Together with Benjamin Alves, Mikoy Morales and acting coach Ana Feleo, she came up with an online chat show titled, “How Do You Feel?: Usapang
Artista.”

“Usapan” is a live streamed video chat, where Kapuso artists “exchange thoughts about acting and the entertainment industry; and their approach towards their craft, forms of expression and experiences in show business.”

“‘How do you feel?’ That’s how we start all our conversations.Whatever we’re feeling at a given moment, we put it out and try to discuss and process
it. It’s nice to talk to them and have in-depth conversations about what they’re going through,” she related. “It makes us feel like we have a family within the circle of actors and that’s priceless, especially at this time to prop each other up.”