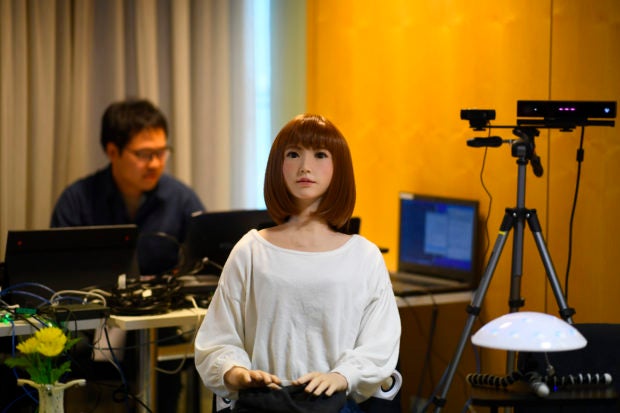 The humanoid robot Erica, famous for being a little too life-like for its advanced artificial intelligence (AI) features, has been cast as the lead star of a new sci-fi film.

If it pushes through, “b” could be the first film ever to have an actual robot for its lead role, as per The Hollywood Reporter yesterday, June 24.

The film revolves around “a scientist who discovers dangers associated with a program he created to perfect human DNA and helps the artificially intelligent woman he designed (Erica) escape,” the report said.

Erica will be headlining the movie based on a story by visual effects supervisor Eric Pham, Tarek Zohdy and Sam Khoze.

Her creators, Japanese scientists Hiroshi Ishiguro and Kohei Ogawa, taught Erica how to act by applying principles of method acting to artificial intelligence, Khoze told the outlet. The scientists created the humanoid back in 2015 as part of their study on robotics.

“In other methods of acting, actors involve their own life experiences in the role,” Khoze was quoted as saying. “But Erica has no life experiences. She was created from scratch to play the role.”

“We had to simulate her motions and emotions through one-on-one sessions, such as controlling the speed of her movements, talking through her feelings and coaching character development and body language,” he added.

Some of Erica’s scenes have already been filmed in Japan last year, while the rest of the movie will continue production in Europe come June 2021 as the film industry is currently on hold due to the COVID-19 pandemic.

Researchers developing AI that could correct outdated information on Wikipedia