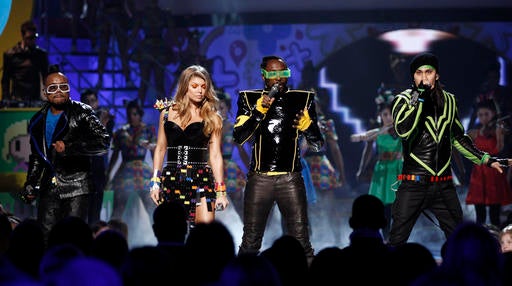 As they make a comeback by dropping a new album just last week, members of the Black Eyed Peas revealed the reason behind Fergie’s (real name: Stacy Ferguson) exit back in 2017.

Fergie left the group to focus on being a good mother to her son Axl, the remaining members of the group told Billboard in an interview earlier this month.

Despite her exit, Will.i.am., Apl.de.ap and Taboo noted that they still keep in touch with their former powerhouse vocalist.

“We reach out every once in a while and say our hellos and happy birthdays and Merry Christmas and Happy Easter. She knows where we’re at! We’re at the studio. And we love her, and she’s focusing on being a mom,” Will.i.am. was quoted as saying.

“That’s a hard job, and that’s what she really wants to do and we’re here for her, and she knows how to contact us for a retreat or a breakaway. It’s really the way Fergie designed it, so we’re respecting her design. We love Fergie, and we don’t want anything but awesomeness for her,” he added.

Apl.de.ap, meanwhile, emphasized that “even with these small connections, she’s always going to be our sister.”

“But unfortunately our schedule is displaced by [her] wanting to be a great mom, and she wants to focus on that. And like Will said, we support her 100%,” he added.

Before leaving the group, Fergie has been a member of Black Eyed Peas since 2002. Fergie’s son Axl was born in 2013.

The “Where Is the love?” hitmakers released their latest album “Translation” on June 19, which includes 10 collaborations with other artists, the highest among their other albums.  /ra