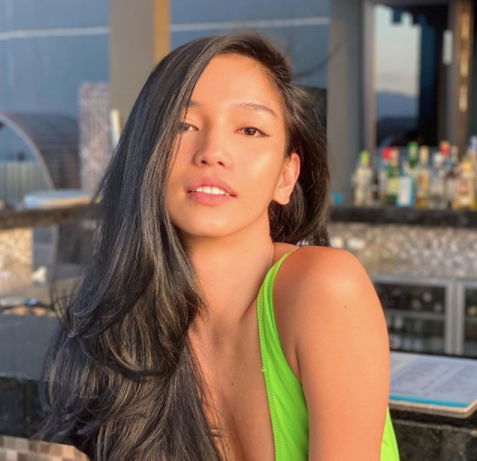 She clarified her statements made on an online show with fellow beauty queens, citing that she used the “wrong terms” because she struggles with speaking in English.

Balot was asked if trans women should join beauty pageants that are commonly dominated by cisgender women, such as Miss Universe, during the online show “Queentuhan” on Tuesday.

Balot told the show’s hosts, beauty queens Carla Lizardo, Bianca Guidotti and Pia Wurtzbach, that “it’s asking too much” for trans women to join “traditional” beauty pageants since they have their own pageants.

“Not unless if the organizers will allow us to join,” Balot said, referring to Miss Universe and other beauty pageants. “We have to respect each other.”

The Miss International Queen 2012 winner added that she wants more support to boost their own platform.

After hearing Balot, Lizardo said that Miss International Queen should have the same prestige as other pageants like Miss Universe. Wurtzbach looked surprised and noted that trans women have different stands about the issue.

For this week's episode, the Queens are one with the LGBT community in celebrating Pride Month. Joining our Queentuhan is Miss International Queen 2012 Kevin Balot. We'll be talking about her journey of self-discovery, pageant experience, and how she uses her influence as one of the most prominent faces of the trans community in the Philippines.

Balot’s statement angered some members of the LGBTQ+ community online. Some expressed their disappointment towards the beauty queen, while others called her a “traitor.”

Balot eventually clarified her stand via Twitter on the same day. She said that as a representative of Miss International Queen, she only wants the pageant to be recognized as the most prestigious pageant for trans women.

The beauty queen explained that she is not very good at articulating herself in English and used the wrong terms during the interviews.

(I know I was wrong to say that it is “too much” or that “it is not equality” but just know that that is not what I believe in.)

Balot thanked everyone for their comments and she promised that she will reflect on them to improve her way of thinking.

“Please know na kaisa [n’yo] ako sa pakikipaglaban para sa pagkakapantay-pantay ng lahat (I am with you in fighting for equality for all),” she said. “I’m really sorry for the confusion.”

To set the record straight, a netizen asked Balot if she agrees that trans women could join Miss Universe.

(Yes. I agree. I said in my interview that if a trans sister joins Miss Universe or Binibining Pilipinas, I would be happy.) NVG

Read Next
Black Eyed Peas reveal reason why Fergie left the group
EDITORS' PICK
New Year, New Rediscoveries
Biden says Covid-19 expected to kill ‘well over 600,000’ in US
UP president challenges AFP claim on Reds’ campus infiltration
Acer Philippines welcomes you to its first flagship store
Is your company a growth champion? Stand up and be recognized!
WHO says fabric facemasks still work against virus variants
MOST READ
Ate Vi’s message to those against ABS-CBN’s franchise renewal
OVP spokesman tells Mocha Uson: Don’t drag us into your nonsense
Cop, 12 others killed in Maguindanao shootout
UST students protest dismissal of Grade 12 student
Don't miss out on the latest news and information.

‘Too early to declare community transmission of Covid variant in PH’