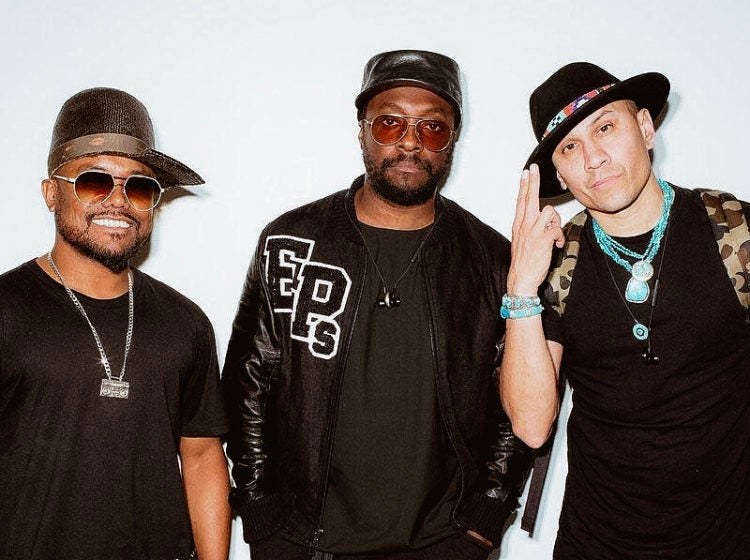 More than a musical group, The Black Eyed Peas (BEP) is a family.

Its core members, apl.de.ap (Allan Pineda Lindo), will.i.am (William Adams) and Taboo (Jaime Luis Gomez), have known each other since they were teenagers and have been putting out records since 1995.

And over the years—through all the successes and hardships, lineup changes and shifts in artistic direction—the three men have remained solid. While they’re already at a point in their careers where they could very well go their separate ways and focus on personal endeavors, they still choose to make music together.

That’s because the ties that bound them, they said, were forged not only onstage or inside the studios, but also off them.

In an interview arranged by Sony Music Philippines, Taboo, who was diagnosed with testicular cancer in 2014, related that apl.de.ap and will.i.am were two of the reasons he has had a second lease on life.

“I was pretty much down and out battling it. But one of the most important things that kept me fighting was my wife, kids and the thought of being onstage again with my best friends,” said the rapper-DJ, whose cancer is now in remission.

Reminiscing about their good times, Taboo said, helped him take his mind off all the emotional and physical trauma he was experiencing. “All I kept thinking about was the joy and happiness they brought to my life since we were in our teens; it gave me life,” he said.

“Their spirit and camaraderie kept me fighting, allowing me to beat cancer and continue living,” Taboo added.

As a solo artist, will.i.am has released four albums and has scored multiple hits—the most notable of which were “Scream & Shout” with Britney Spears in 2012 and “#thatPOWER” with Justin Bieber in 2013. Still, he found himself always raring to share the stage with BEP.

“Those [projects] were successful, but I felt like going solo wasn’t what I really signed up for. Every time I went up to perform, I would say, ‘I miss my group!’ And my manager would be like, ‘Why are you saying that? There are 20 thousand people out there!’” the rapper-producer said.

“But I just want to be with my crew. It’s a brotherhood,” he stressed. “They make you feel like you’re part of something, you know?”

Taboo, echoed will.i.am’s sentiments, saying that being with BEP is what feels most natural to him. “At one point, I thought about going solo. Then, I realized that it isn’t really my thing. There are other things I can do, but that’s not one of them,” Taboo related. “I want to be with my boys.”

From the very start, apl.de.ap has made it a point to use his music and influence to pay tribute to his Filipino roots, promote the culture, and champion local talents. This wouldn’t have been possible without Taboo and will.i.am’s support.

“The crew makes me believe in myself and helps push me to represent my culture,” said apl.de.ap, who pointed out that the inspiration for one of their hit songs, “Bebot,” actually came from will.i.am. “I would be nothing without them.”

The Peas recently flew to the Philippines as special performers in the closing ceremonies of the 2019 Southeast Asian Games. Being part of the spectacle—and learning about apl.de.ap’s artistic and philanthropic contributions to the country—only made Taboo and will.i.am prouder of their Filipino-American bandmate.

“He has this amazing opportunity to be an ambassador of hope and inspiration for the Philippines. And he inspires us, too. When he’s feeling down and doubtful, we remind him of the platform he has to give back to his people,” Taboo pointed out. “He’s such a humble guy, and he doesn’t let anything get to his head. He keeps us centered.”

Throughout BEP’s 25 years in show biz, the six-time Grammy-winning group has scored numerous hits, like “Where is the Love,” “Don’t Phunk with My Heart,” “Boom Boom Pow,” “My Humps” and “I Gotta Feeling.”

They have seven studio albums and have sold over 75 million records worldwide. And while hip-hop is their core, they also dabbled in pop, R&B, funk and EDM. They have also had different female vocalists, from Kim Hill to Sierra Swan to Fergie and, now, Jessica Reynoso.

The one thing that hasn’t changed, however, is BEP’s thirst for musical growth. This year, the group is going for an Afro-Latin fusion-inspired sound, starting with their latest single, “Ritmo (Bad Boys Forever),” under Sony’s Epic Records.

A collaboration with the popular Colombian pop artist-producer J Balvin, the dance track samples Corona’s “The Rhythm of the Night” and features afro beats and reggaeton elements. “That’s the kind of music we’re going for. But of course, we do it the BEP way,” will.i.am said. “Working with pioneering artists in that community is a blessing and an honor.