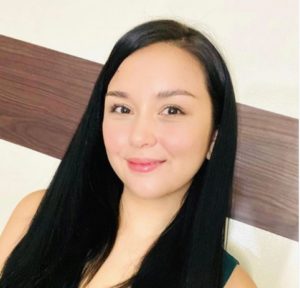 In a guest appearance in the morning show “Magandang Buhay”, Gonzalez said she started her training for the Special Operations Unit  (SOU) of the Philippine National Police-Aviation Security Group as soon as quarantine measures in Metro Manila were relaxed.

“So they are training me for the anti-hijacking terrorism,” the Kapamilya actress and Pinoy Big Brother alumna added.

Gonzalez added that she’s happy with the training, adding that it serves as an eye-opener for her.

(I’m happy because they chose me to recruit new police members, those who really want to join them.)

“Talagang nakaka-inspire kasi this is a career na magbibigay sa iyo ng dignity, camaraderie, and you are serving the Philippines. Iba ‘yung feeling to serve the Filipinos,” she added.

(It really is inspiring because this is a career that will give you dignity, camaraderie, and you are serving the Philippines. It really is a different feeling to serve the Filipinos.)

Gonzalez also said that the training would also help her in acting.

(I can use this in my craft because I experienced this. I told myself, enough of drama. I may not have joined “Ang Probinsyano” yet so this is where I’ll settle for now.)