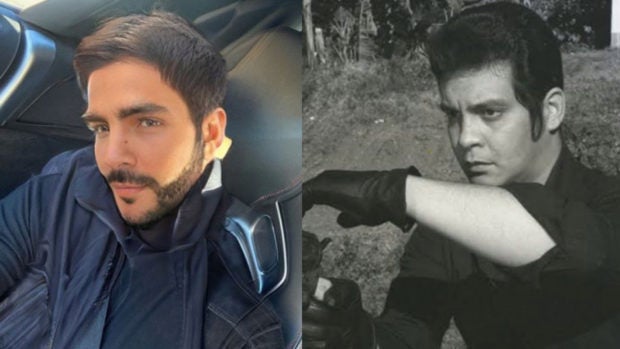 Actress Lovi Poe joined the trending gender swap challenge on social media and morphed into the male version of herself using the photo editing application FaceApp.

The actress noted that her male version, “Lodi Poe,” has some semblance to her father “Da King” Fernando Poe Jr.

Lovi showed her selfies before and after the transformation via Instagram on Father’s Day last Sunday, June 21. She also attached a black and white photo of her action star father holding a gun.

The actress mused how it would have been cool if she and FPJ were able to shoot an action film together. “In another lifetime…,” Lovi said. “Happy Father’s Day in heaven, Papa.”

Lovi is FPJ’s daughter with former actress and model Rowena Moran, with whom the late action star had an affair. Lovi’s identity was only known to the public after the King of Philippine Movies died in 2004, as she launched her singing career in 2005.

The actress has three tattoos to pay tribute to her late father. She is also in good terms with her half-sister, Senator Grace Poe, FPJ’s adopted daughter with his wife Susan Roces.

Meanwhile, some celebrities have likewise used the gender swap filter in the app to see what they would look like as the opposite sex, such as actresses Vina Morales and Ai-Ai delas Alas.

Anne Curtis to Erwan Heussaff on Father’s Day: Dahlia ‘is a little Erwanita’