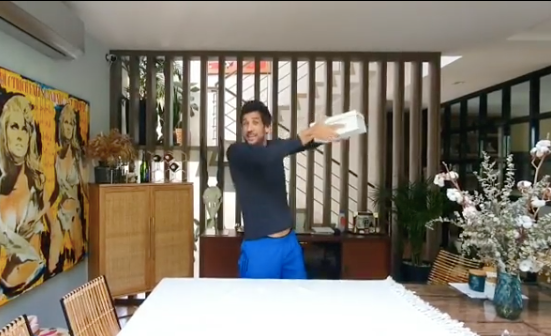 As his caption suggests, Bolzico first showed how “normal people” unbox gifts in the video, where he removed the cover of a small box and gently took out each item and placed them on the table.

In the video’s second half, Bolzico introduces himself as Guidicelli and shakes the box violently several times before opening it, exaggerating his friend’s apparently careless style of unboxing items.

Guidicelli’s PS4 unboxing video on YouTube has drawn flak from netizens, with others pointing out the contrast between his unboxing video and comedian Michael V.’s video, where the latter carefully unboxed the same gaming console.

Since its posting on June 1, Guidicelli’s video has garnered over 1.2 million views, around 9,200 likes and more than 55,000 dislikes.

In response to netizens comparing the two, Michael V. invited Guidicelli to collaborate for an unboxing video of the still unreleased PlayStation 5.  /ra