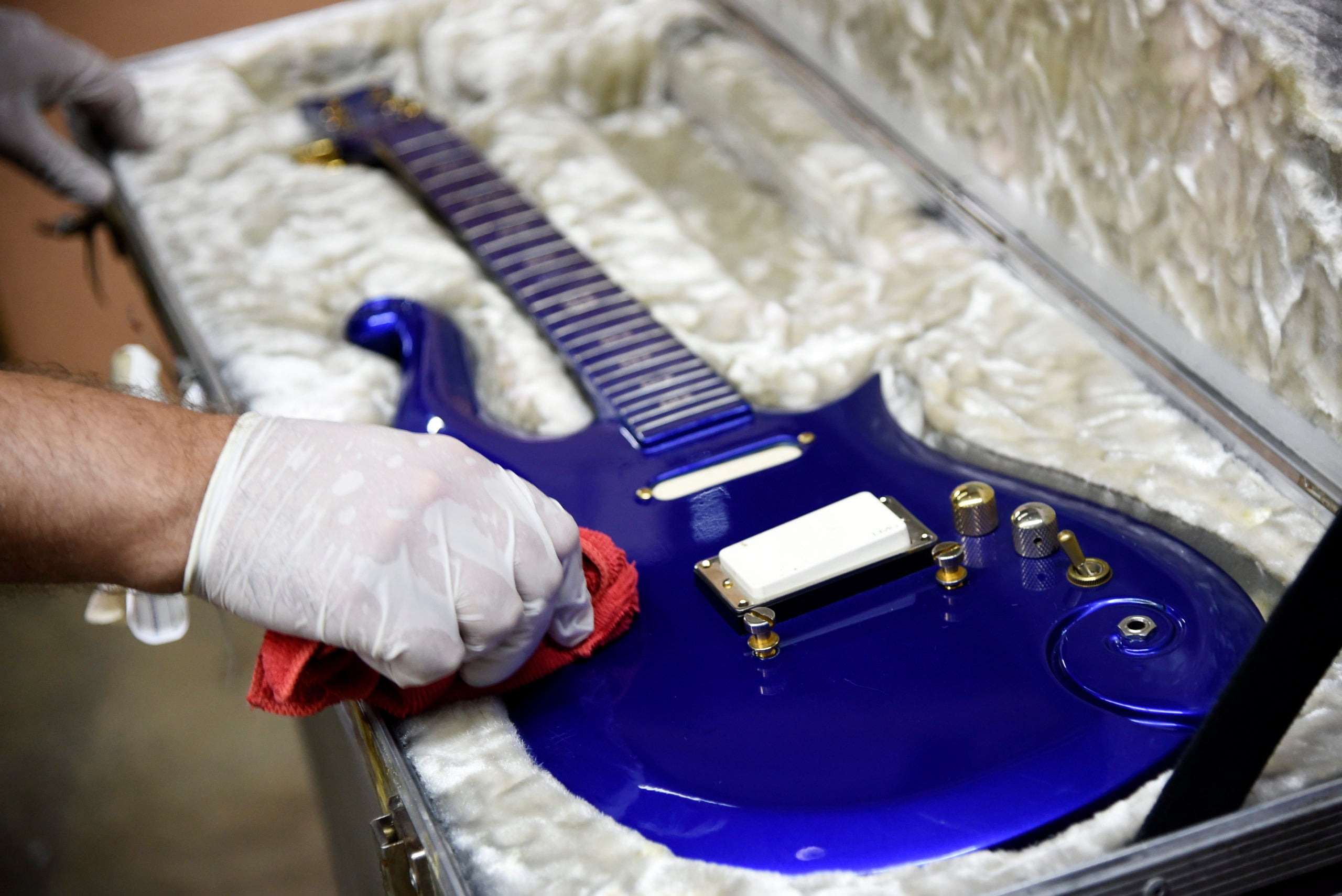 FILE – In this May 6, 2020 file photo, the “Blue Angel” Cloud 2 electric guitar custom-made for the musician Prince in the 1980s is polished at Julien’s Auctions warehouse in Culver City, Calif. On Friday, June 19, 2020, the instrument shot past the top estimate of $200,000 it was expected to fetch at the Music Icons sale at the auction house. (AP Photo/Chris Pizzello)

The “Blue Angel” Cloud 2 electric guitar skyrocketed beyond the estimate of $100,000 to $200,000 it was expected to fetch at the Music Icons sale run by Julien’s Auctions on Friday and Saturday in Beverly Hills.

Prince played the blindingly blue guitar with the artist’s “love” symbol on its neck beginning on the 1984 Purple Rain Tour, on the classic albums “Lovesexy” and “Sign O’ The Times.” He used it into the early 1990s.

Archivists going through Prince’s possessions at his Paisley Park home and musical headquarters in Minnesota recently found the guitar that was thought to be lost during the four years since his death from an overdose at age 57. A similar Prince guitar sold for $700,000 in 2016.

At the same auction, a macrame belt that Elvis Presley wore about 30 times on stage brought in nearly 10 times its expected price, with a final bid of $298,000.

The identities of the buyers were not revealed.