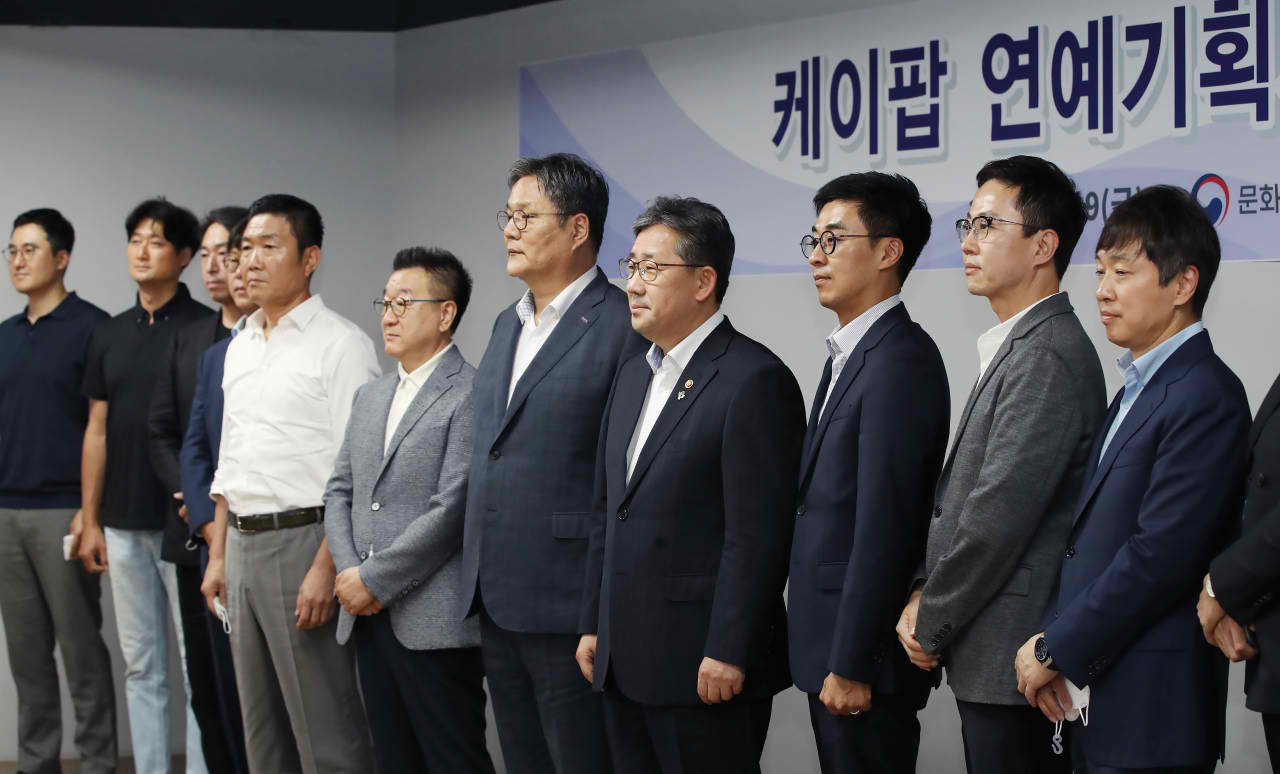 In a roundtable meeting with executives of leading K-pop companies held in Seoul, Culture Minister Park Yang-woo suggested ways to support the industry, including government subsidies, tax incentives, and the loosening of regulations related to export of entertainment products.

According to the ministry, Park also promised to provide aid in administrative issues, such as matters related to the mandatory military service of K-pop artists.

“We will not shy away from providing policy support to K-pop to promote and create ‘hallyu’ and for the sector to further develop into the leading exemplary cultural industry of South Korea,” Park said.

Hallyu, or the Korean wave, refers to the popularity of K-pop, K-dramas and other South Korean popular culture at large.

“It is a crucial task for the K-pop industry to come up with means of coping with today’s trend of social distancing,” said Park.

He added, “Coming up with high-quality digital-based content unseen in other countries while adopting state of the art technology will be key to the success of hallyu in the future.”