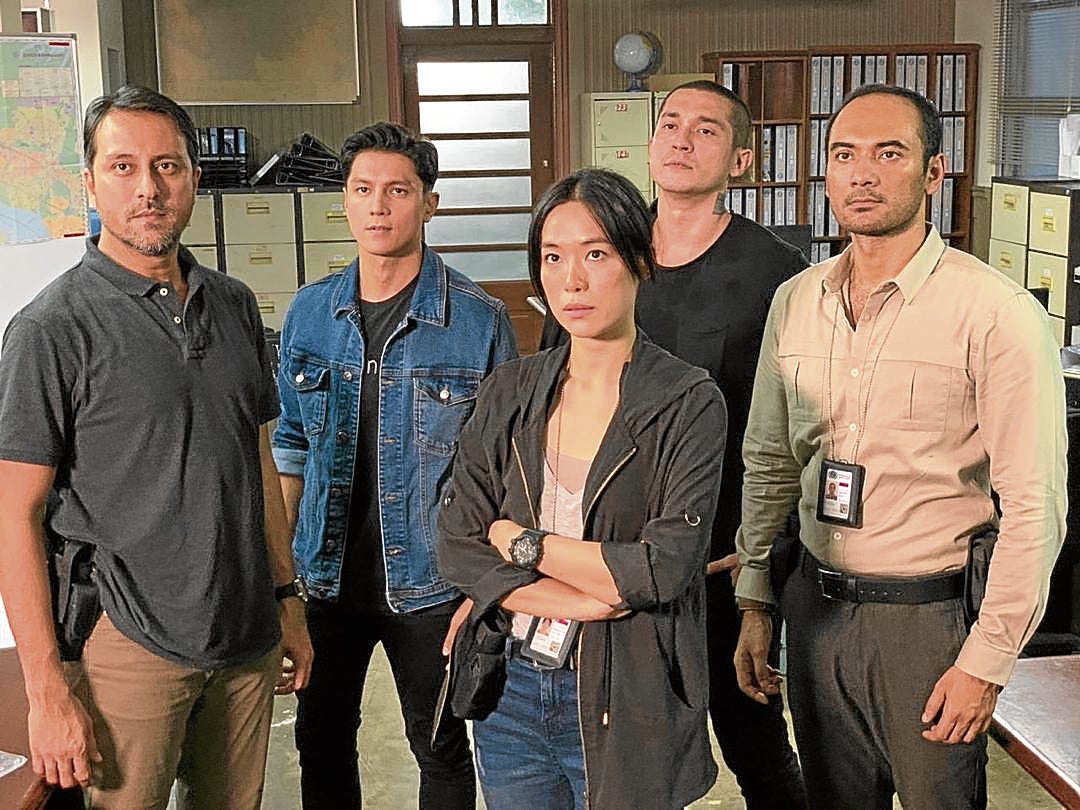 Joseph Marco (second from left) with “The Bridge” costars

I was surprised to have very good chemistry with him on the set,” said Singaporean actress Rebecca Lim when Inquirer Entertainment asked her how it was like to have worked with our very own, Joseph Marco, on the set of the second season of the Asian adaptation of the Nordic crime series “The Bridge.”

In the show, Joseph plays Christian Salvador, a Singaporean-Filipino environmentalist, who is the boyfriend of Rebecca’s character Serena Teo.

Joseph is the only Filipino in the cast, which also comprises Malaysia’s Bront Palarae, Indonesia’s Ario Bayu, and Singapore’s Rebecca in the lead.

“The first time I met Joseph briefly was on the day he arrived from the airport (in Kuala Lumpur). I was in between scenes. Everyone on set was very excited that Joseph had arrived, including Bront,” recalled Rebecca, laughing. “When I met him again inside the makeup unit, he was still surrounded by Bront and Ario.” 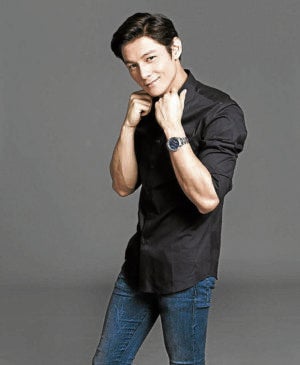 Rebecca said she found Joseph to be “a very nice person to work with, also very hardworking. I didn’t expect that it would be so easy to work with him,” she pointed out. “Joseph brought another dimension to the character that I think added a lot of value to the show and to the relationship that Serena and Christian shared. And so, the ending—which I obviously can’t reveal—is something that everyone should watch out for. I’m looking forward to seeing that scene in the last part of the show myself.”

When asked what she thought Joseph contributed to the team, Double Vision producer Min Lim said: “Joseph is an intense actor. What he brought to the fore is this edge that we never expected. This was really evident from the first scene that he shot, which was probably the most difficult scene for him in the entire show.”

Min said Joseph’s first task was to tape “an extremely emotional scene between his character and Rebecca’s. He literally had only just met Rebecca the day before, but the scene supposedly happened pretty much at the end of their characters’ relationship,” the producer explained. “From that day on, we said we really made the right choice (with Joseph). We were validated from the very first scene.”

Joseph, meanwhile, said he took the job rather seriously. He recalled: “I was extremely focused, especially for that first scene. It was Bront who kept making jokes. I remember that while preparing for it, I even went outside [the set] to run through my lines, as well as to really immerse [into my character]. Bront suddenly came up to me, wanting to chat. I think he was trying to distract me.”

Ario interjected: “That’s classic Bront! That means you’ve finally been welcomed to the team. That’s how Bront shows his love.”

The show, directed by TJ Lee, Jason Chong and Zahir Omar, is obviously a continuation of the first season. “You will see evolution in the characters of Rebecca and Bront,” said Min. “It also begins with a murder, much like in Season One; And always, ‘The Bridge’ is about having one murder that ties countries together.”

For this season, it was three countries. “A yacht registered in Singapore is found floating aimlessly along the Straights of Johor, off the coast of Malaysia, with a dead Indonesian family on board,” Min explained. “And then the ICD, or the international crimes division, led by Serena, gets brought in to investigate.”

The second season is described to be darker than its forerunner, as it plays with themes of corruption, redemption and revenge, “and incorporates an Asian underworld backdrop.”

“The Bridge: Season 2” is available on Viu, as well as on HBO Asia’s network of channels and services, including HBO Go, HBO, and HBO on Demand, across 24 territories.

“The Bridge” was originally created and written by Hans Rosenfeldt, produced as a joint production by Endemol’s Filmlance International and Denmark’s Nimbus Film. It aired in more than 180 territories and countries.