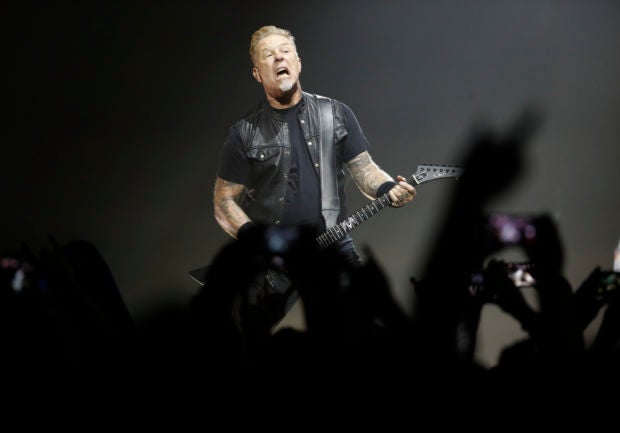 The co-founder of Metallica will open the doors of his garage in “Reclaimed Rust: The Four-Wheeled Creations Of James Hetfield”, which will hit bookstores on July 28.

Hetfield teased the forthcoming release of the 192-page hardbound book in an announcement video, in which the 56-year-old musician invites fans to dive under the hood of his collection of classic cars.

The collection notably features a 1948 Jaguar XK120 Roadster, a 1936 Auburn Boattail Speedster and a 1956 Ford F-110, all of which have been restored and customized by Hetfield over the years.

Throughout “Reclaimed Rhust: The Four-Wheeled Creations Of James Hetfield”, the metal legend documents his lifelong passion for restoring and customizing “classic cars into magnificent pieces of automotive art.”

“This was another eBay or autobuyer online find. I think it’s pretty clear by now that on tour especially I spent a lot of time looking and searching for cool cars and projects to take on, and this immediately fell into that category,” Hetfield says of his purple 1956 Ford F-100 pick-up truck, which is affectionately named “Str8edge.”

Aside from being featured in the book, Hetfield’s collection of cars is currently on view at the legendary Petersen Automotive museum in Los Angeles.

The exhibition, titled “Reclaimed Rust: The James Hetfield Collection”, features automobiles, guitars, memorabilia and photos from the archives of the Metallica frontman.

Available in bookstores this summer, “Reclaimed Rhust: The Four-Wheeled Creations Of James Hetfield” is not Hetfield’s first venture into the book industry.

The American musician joined forces with his Metallica bandmates for the children’s book “The ABCs of Metallica”, in which each letter of the alphabet highlights a moment along their musical journey from “Garage Days” to “Master of Puppets”. CL