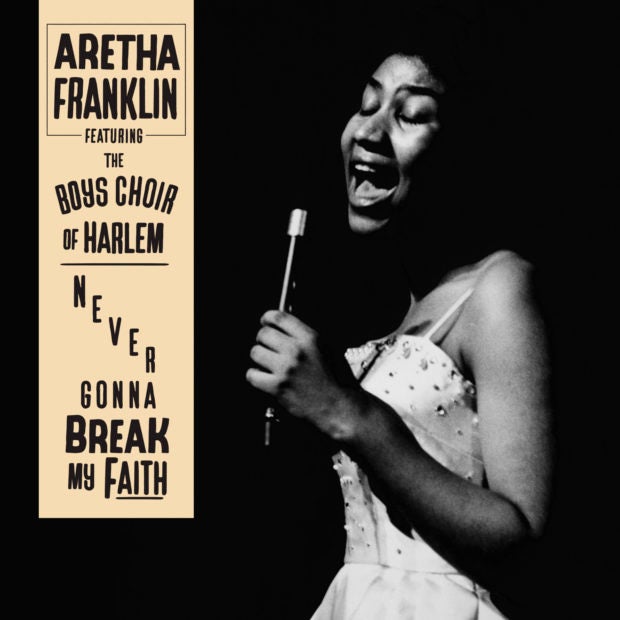 NEW YORK — A never-before-heard solo version of the late Aretha Franklin’s riveting and powerful collaboration with Mary J. Blige about faith and race, 2006’s “Never Gonna Break My Faith”, has arrived on Juneteenth.

Sony’s RCA Records, RCA Inspiration and Legacy Recordings released the song Friday, aligning with the holiday celebrating the day in 1865 that all enslaved black people learned they had been freed from bondage.

“Never Gonna Break My Faith” resonates today, featuring lyrics like: “You can lie to a child with a smiling face/Tell me that color ain’t about a race.”

“The world is very different now. Change is everywhere and each of us, hopefully, is doing the best he or she can to move forward and make change as positive as possible,” Clive Davis, Sony Music’s chief creative officer and Franklin’s close friend and collaborator, said in a statement.

Dozens of artists have released new songs detailing the black experience amid the global protests sparked by the recent deaths of George Floyd, Breonna Taylor, Ahmaud Arbery and many others. Some performers have released covers of protest anthems or re-released older songs that resonate with the times, like “Never Gonna Break My Faith”.

Lyrics from the song include: “My Lord, won’t you help them to understand/That when someone takes the life of an innocent man/Well they’ve never really won, and all they’ve really done/Is set the soul free, where it’s supposed to be.”

Calling Franklin’s performance “chilling,” Davis said the song’s lyrics and relevance “will shake every fiber in your body.”

“Everyone should hear this record,” Davis said. “It deserves to be an anthem.”

The song was originally featured in the film “Bobby”, about United States Sen. Robert F. Kennedy’s 1968 assassination, and features background vocals from The Boys Choir of Harlem.

“This solo version has been sitting on my computer for years, and when I heard Clive was making a film on Aretha’s life, I sent this version to him. The world hasn’t heard her full performance and it really needed to be heard,” Grammy-winning singer Bryan Adams, who co-wrote the song, said in a statement. “I’m so glad it’s being released, the world needs this right now.” IB