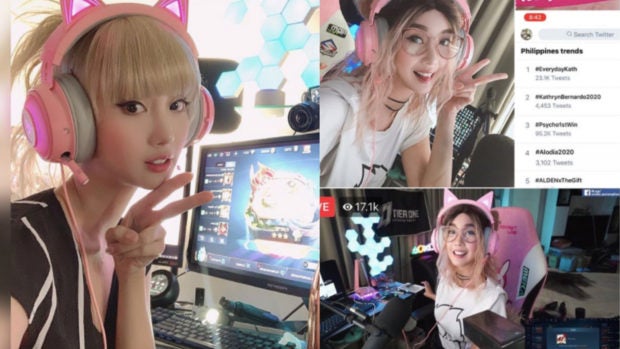 Celebrity streamer and cosplayer Alodia Gosiengfiao gave a piece of advice to her fellow streamers who might be getting discouraged to pursue their passion.

Before Gosiengfiao became a household name in the gaming industry, the internet celebrity said she had to overcome some hurdles along the way. Gosiengfiao recounted her journey via Facebook on Wednesday, June 17.

A budding streamer named Mon Mon earlier told Gosiengfiao that he had been feeling discouraged to continue because of his loved ones’ lack of support.

“Yung mga taong inexpect mong tutulong sayo sa ginagawa mo ay siyang hindi mo maasahan (The people who you are expecting to help you on what you are doing are the ones you cannot count on),” the fan said.

Mon Mon expressed his momentary hopelessness about the endeavor, but later on affirmed that he would not give up on his dream. Gosiengfiao empathized with her fan and revealed that her mother once broke her computer because she played too much.

“But I still found a way,” she said. “Nabalance ko (I balanced my) studies, gaming and other hobbies (art/cosplay/business).

After graduating from the Ateneo de Manila University, the celebrity continued pursuing her dream “without expecting anything in return.” Gosiengfiao also told the budding streamer to “trust the process.”

“What I have now, I never asked for, dumating nalang po (it just came) and I am very grateful for that,” she said.

(I wish more people would realize that it is okay to have skills, [it] is okay to have presentable stream/game, but your values and your personality are also important.)

She stressed that the aspiring streamer should not be discouraged. “[It] took me 17 [years] from my first online game [Ragnarok Online 2003],” Gosiengfiao pointed out.

Aside from being known as the Cosplay Queen of the Philippines, Gosiengfiao also co-founded the esports and gaming agency Tier One Entertainment, with esports veteran Tryke Gutierrez.  /ra