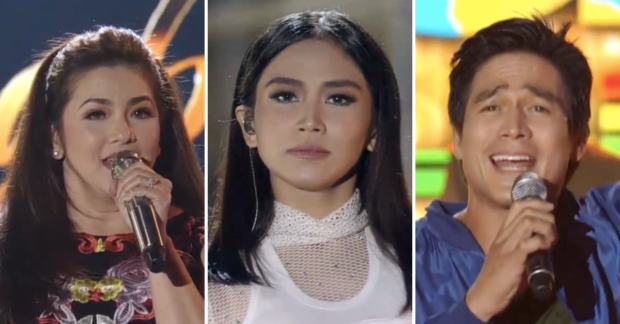 “ASAP Natin ‘To” is finally back with studio performances after production was halted in compliance with quarantine restrictions to curb the spread of coronavirus.

Precautionary measures are in place to avoid infections: “ASAP” is still not admitting a studio audience, while performers observe physical distancing with only up to five people allowed on stage.

Nievera, Santos and Pascual gave a lively rendition of “Come Alive”, while Padilla and Velasquez belted “This Is Me”, both of which are from the musical film “The Greatest Showman”.

The five singers could not help but get sentimental being back to shoot together. Padilla remarked that having no audience was not new for her, as it was that way back in the 1980s, but she knew people were watching.

Besides missing fellow singers, Velasquez said, “Namiss natin ang sanay na sanay nating gawin (We missed what we are so used to doing), which is to entertain everyone.”

Geronimo brought her pop songs to life such as “Misteryo”, “Kilometro”, “Ikot Ikot” and the viral hit “Tala”. She wowed audiences online as well, with “Sarah G. Day” trending on Twitter. 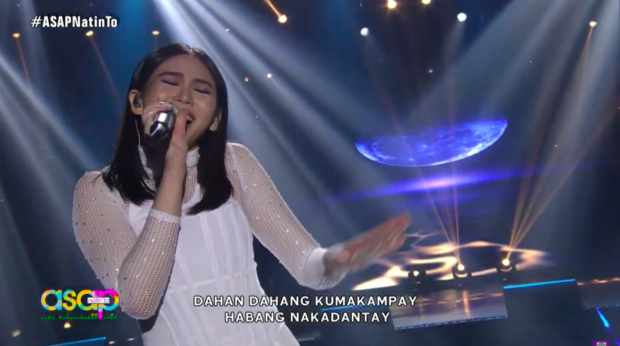 Valenciano meanwhile was energetic as ever in performing disco hits “Sumayaw Sumunod” by Boyfriends and “Awitin Mo at Isasayaw Ko” by VST & Co. 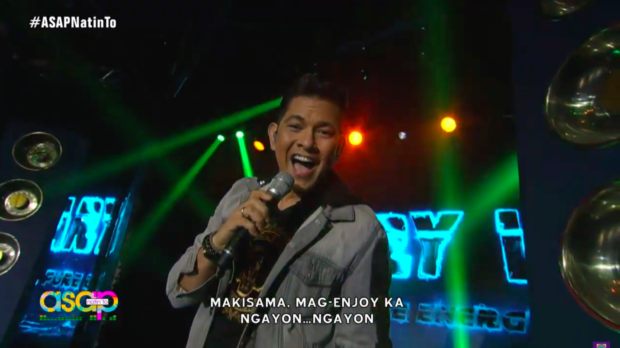 Velasquez showed off her vocal prowess with Barbra Streisand songs such as “No Matter What Happens” and “Songbird”. 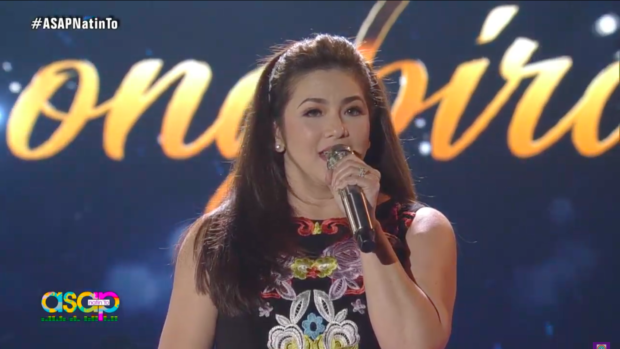 Mr. Pure Energy could not help but muse about how different things were after being back in the studio.

Taken right before my performance. It’s not easy seeing the hallways empty for ASAP NATIN TO. It’s never been like this. But our hearts were full of the desire to inspire. We thank you so very much for joining us even as we start the new norm. #ASAPNatinTo pic.twitter.com/3QqwmiLQD4

“It’s not easy seeing the hallways empty for ASAP NATIN TO. It’s never been like this,” he said on Twitter today. “But our hearts were full of the desire to inspire. We thank you so very much for joining us even as we start the new norm.” JB

Read Next
Bob Dylan: George Floyd’s death ‘sickened me’
EDITORS' PICK
Octogenarian jailed for ‘stealing mangoes’ freed after people chip in for bail
Being a celebrity isn’t wholly an ‘advantage’ in the election, says Sotto
Acer starts the year off strong with the Aspire Vero National Geographic Edition
Over 3 Million worth of prizes to be won at Smart Padala’s SENDali Manalo Promo!
Gov’t eyeing COVID-19 tests in pharmacies
Gear up and get ready to play with Yamaha Mio Gear
MOST READ
Imelda Marcos trends on Twitter after octogenarian jailed for allegedly stealing mangoes
Help pours in for octogenarian jailed for ‘stealing’ mangoes in Pangasinan
Natural immunity more potent than vaccines during US Delta wave—study
Bongbong Marcos-Sara Duterte tandem adds Zubiri, Gadon, Marcoleta to Senate slate
Follow @NGunoINQ on Twitter
Don't miss out on the latest news and information.