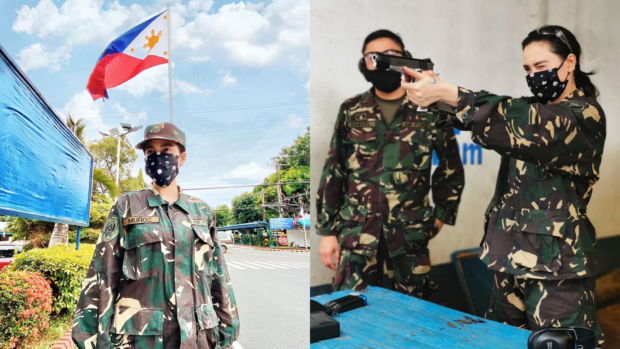 Arci Muñoz began her journey as an Army reservist by taking her first training session under the Philippine Air Force on Independence Day last Friday, June 12.

(Happy Independence Day, my beloved Philippines! Today is also my first physical training as the first woman of my generation and profession to undergo the #philippineairforce reservist BCMT – Basic Citizen Military Training.)

The actress also included photos of herself in military uniform and a face mask while standing in front of the Philippine flag to commemorate the national holiday. Muñoz then encouraged her fellow women to also enlist in the army and assured the public of her commitment as a reservist.

Muñoz now joins other male celebrities who are also part of the country’s reserve force. Among them are Matteo Guidicelli, who enlisted as an Army reservist in April 2019 then underwent Scout Ranger Training the month after, and Navy reservist Dingdong Dantes who was promoted to the rank of lieutenant commander last January. JB