Kareem Abdul-Jabbar on fighting Bruce Lee in a movie, Kobe and Gianna Bryant 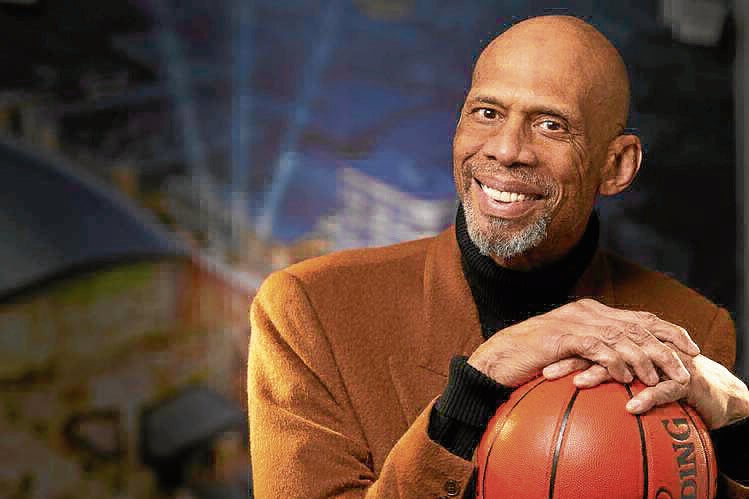 And that one night we ended up in the same table, both finalists in a journalism awards competition, although in different categories?

In his postbasketball career, the NBA icon, hailed as having one of the brilliant careers in sports history, went on to become an author of bestselling books, actor (his fight scene with the late Bruce Lee in “The Game of Death” is unforgettable), philanthropist and activist.

The 73-year-old Basketball Hall of Famer pens a regular column for The Hollywood Reporter, for which he has won prizes from the National Entertainment Journalism Awards and Southern California Journalism Awards.

Excerpts from our video call, where he called from his LA home:

You’re also an actor. You made your film debut in Bruce Lee’s “The Game of Death,” where you had a classic fight scene.

You know it was staged and choreographed for the movie. I didn’t realize it took so long just to do one fight scene. But we got it done. It was a wonderful experience working on a movie like that.

It was also a pretty sad memory for me because that was the last time I saw my friend Bruce before he died. It’s bittersweet.

What are your memories of the late Kobe Bryant?

I was on the coaching staff on the (Lakers) team that Kobe played for six years. We won two World Championships. But I didn’t interact directly with Kobe, so I didn’t get to know him very well.

I actually got to know Gianna (Kobe’s daughter). Kobe used to play peek-a-boo with her a lot in the family room. That was what got to me—the loss of his wonderful little daughter—because I knew her better than I knew Kobe.

My heart went out to Vanessa and the Bryant family. That is a hell of a thing to go through. Kobe’s dad (Joe) and I were good friends. We played against each other. When I saw him at the memorial (for Kobe and Gianna), all we could do was hug each other and try to deal with the pain. It was tough.

You’ve been an activist your entire adult life. Can you talk about the state of activism from your personal viewpoint?

Together, we have a more powerful voice. I’m seeing that in all the demonstrations (in the wake of George Floyd’s death) because people are starting to get through to them and are like, hey, we banded together because they’re picking on us.

What sparked your activism?

It started for me with the murder of Emmett Till. I was only 8 years old when he was murdered. I asked my parents to explain why he was murdered. They couldn’t answer. They weren’t articulate enough.

I just wanted to find out what it was about and hopefully not fall to what Emmett Till fell victim to—the racism and hostility that had no basis in reality. Black Americans were dealt with as stereotypes. Really, it was a very terrible existence. So just being able to make a statement by not going to the Olympics—at the time, Dr. King had just been assassinated in April of 1968. It really stifled any patriotic feelings that I had. 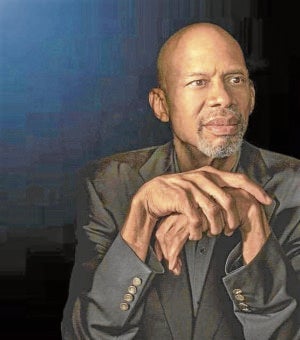 What has evolved, especially as far as black sports figures are concerned?

The black athlete has played a central role in civil and human rights. Look at Jackie Robinson, starting the year I was born, breaking the color barrier. They’ve been able to make significant contributions to the fight for civil rights.

People can now appreciate what Colin Kaepernick did. He was demonstrating on this very same issue that they now have an understanding of, with the death of Mr. Floyd. So even though it might have seemed that Colin wasted his opportunity, people now understand what he was all about, and this is confirmation of the stand that he took.

So, we have to appreciate the sacrifices that black athletes make and give them the support they deserve when they make a stand. I was really surprised today to see former presidential candidate Mitt Romney marching. That was remarkable and really indicative of some real change.

What are your concerns in the next months leading to the US presidential election in November?

I’m just worried that apathy or complacency might take hold with people, and they don’t come out and vote. So it is my hope that all the people who want to see change exercise their right to vote.

You have become an award-winning columnist as well. Have you always wanted to write?

I started writing when I was in grade school. I went to a Catholic school. The nuns had me involved in essay contests. I never won one (laughs), but it encouraged me. Eventually at UCLA, I was an English major for awhile; I ended up a minor in English and a major in History.

I always enjoyed writing and finally after my athletic career, I tried my hand at it.

When fan votes on social media declared Michael Jordan as the greatest college basketball player, you had a classic short Tweet reaction: “LMAO!!!” Can you talk about your reaction?

People who did not see some of the greats play who came before Michael Jordan would be very surprised what they would see if they could go back in time. But we can’t do that.

So, the TV era really has undue influence on people’s recollection. And [that’s] the reason that I put what I did about suggesting that Michael Jordan only won one NCAA Championship. How can he be the best player (laughs)? That’s crazy.

So I just wanted to say that and not that I have any animus toward Michael Jordan at all. It’s just people take it a little bit too far. We can never find out because there are different eras when we weren’t paired against each other. It’s impossible to do. I tell people it’s just an excuse for people to go someplace and buy some chicken wings and start arguing (laughs).

Can you also talk about another sports legend, Muhammad Ali?

Then later, when I became interested in Islam, he eventually changed to serious Islam, which is the type of Islam that I learned about. So we ended up at the same place, but we took different paths to end up there.

When do you think sporting events will come back amid this pandemic?

I don’t think we’re going to come back before we get some control over the virus. We have to develop a vaccine and test people.

What’s your biggest accomplishment as a father?

Geez, I’d have to say just getting all four of my kids through university. My fifth child went to trade school. But they all got through school. I’m very happy and proud about that.

What do you enjoy doing most these days?

I just spend all the time I can with my granddaughter. She’s 5 years old and the light of my life. And checking on the rest of my children.

I tell people I am between hope and history. I hope America has the potential to live up to what it is supposed to. But our history is shaky and sometimes I think that we won’t get there. So I’m just going to keep fighting for a positive result.

Do you think something concrete and positive will come out of these turbulent times?

There’s no telling for sure what’s going to happen. I’ve always had hope. Our history isn’t too good on this subject. But what I’ve seen in the past couple of weeks has been remarkable.

Hopefully, I can be remembered as a great parent by my children. I have already been able to have an incredible career as an athlete.