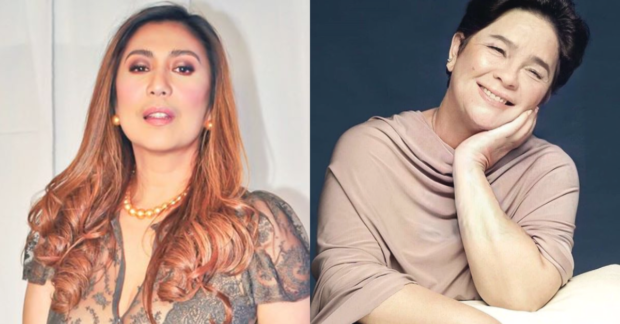 Vivian Velez has turned down the apology of fellow actress Jaclyn Jose after disagreeing over the issue behind Pinky Amador’s viral video.

“Jane, I do not accept your apology because you deliberately made sure that I will get hurt by your accusations and false witness about my person,” Velez said in her Facebook post yesterday, June 10, a day after Jose wrote her an apology on Instagram.

She described receiving Jose’s comments as a “painful experience” and said she was “gravely offended.”

The two actresses took opposing sides after Amador apologized for berating staff at the condotel she lives in, which was caught on video. She said she was speaking up because residents were not informed the building was going to be a quarantine facility.

Velez reposted the sentiments of talent manager Arnold Vegafria on the issue, which were sympathetic to Amador, in her Facebook post on Monday, June 8.

It was on this post that Jose laid out her comments, ranting against not just Amador’s treatment of staff but also against Velez.

“Regardless she (Amador) lambasted minura sinigawan…” Jose wrote in one of her comments. “Wala kayo [pinagkaiba] sa [mga] [H]udyo..hinahangaan kita [Ms.] Velez but not this time you little piece of sh*t!”

(Regardless she lambasted, cursed, yelled… You are no different from the Jews… I admire you Ms. Velez but not this time you little piece of sh*t!)

At times she seemed incoherent, such as when she told Velez, “[Y]ou are saying that our system is wrong, [right] ..yes.but not this time na ang lahat (all of us) is trying to be human.except you! You are [discriminating] our lo (sic) class citizen .you racist…think ?! About your children.”

Jose apologized to Velez on Instagram Tuesday, June 9, writing, “[I] am sorry for what [I] have said in your wall.. [I] know what kind of a person you are, [didn’t] mean to lambast you. [M]ali ako (I was wrong). [Y]ou are a friend, a family friend for that matter.”

Velez rejected Jose’s apology, explaining, “Coming from nowhere, she decided to hurl defamatory words at me calling me names like ‘racist’, not knowing where it’s stemming from and ‘a piece of sh*t’ which, I and a lot of people know, am not. Her action and reaction on the matter gravely offended me.”

“Yesterday, Jacklyn Jose posted on her Instagram account a [half-hearted] apology addressed to me, which earned positive reactions from her followers. I can’t blame them, they don’t know her like I do.”

“This is a painful experience. A close friend and almost a family put me down in public, hurled insults and expect me to just say nothing. With [a] toxic friend like this, who needs enemies? This is my reaction to her actions,” she said.

Jose has yet to respond to the matter. After Amador’s video blew up online, she also addressed Amador on Instagram, defending the staff as “frontliners” and calling Amador “heartless” and “piece of sh*t.”  /ra