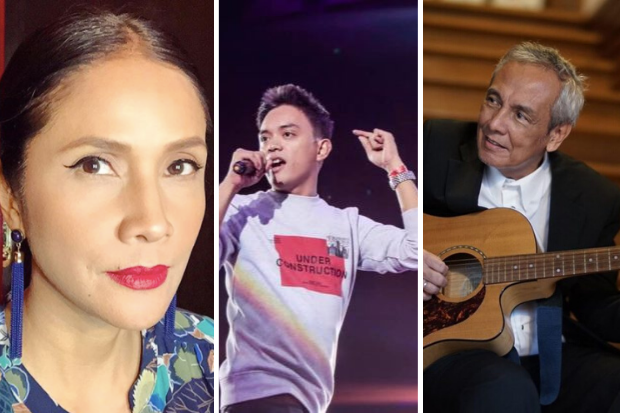 Celebrities are joining calls to bring justice for a mother who died stranded along EDSA, waiting for five days for a bus ride home to her family in Camarines Sur.

As “#JusticeforMichelleSilvertino” trends on Twitter, several of the country’s entertainers, along with netizens, have called out the government for what they refer to as its incompetence which led to the mother’s untimely death.

Actress Agot Isidro, a staunch critic of the current administration, lamented how Silvertino was left for dead and urged the public to speak up on such issues.

Silvertino, 33, was escorted by Pasay police officers on the night of June 4 to a barangay hall for treatment, but no one was present at the time. She was then taken to a police precinct to let her rest, but upon validation, she was found to have COVID-19 symptoms. Police took her back to the barangay hall.

The mother allegedly claimed that she was OK, so police returned her to the bridge, according to Police Lt. Col. Deanry Francisco, assistant Pasay police chief.

At about 4:30 a.m. on June 5, she was found unconscious at the footbridge in Pasay City. Police said that a concerned citizen reported Silvertino’s case, who was then having difficulty in breathing and a high fever, to the Malibay substation.

After being found by local authorities, she was taken to the Pasay City General Hospital but was declared dead on arrival on the same day.

“Today Michelle Silvertino and taxing online selling (while allowing POGOs to get away with it). On a daily basis, this government demonstrates its callousness and insensitivity,” veteran actor-director Bart Guingona meanwhile pointed out via Twitter earlier today, June 11.

Today Michelle Silvertino and taxing online selling (while allowing POGOs to get away with it). On a daily basis, this government demonstrates its callousness and insensitivity.

Fellow director Antoinette Jadaone likewise lamented Silvertino’s death and urged the public to never get tired of speaking out.

(Every morning, there is just this new thing that you need to fight for as a Filipino. It is tiring to get mad anymore, but do not ever get tired. #JUSTICEFORMICHELLESILVERTINO.)

Silvertino is survived by her four young children, aged 3 to 11, whom she was supposed to come home to after their father abandoned them. She is now buried at a public cemetery in Pasay. JB

As #JusticeForMichelleSilvertino trends on Twitter, netizens call on gov’t to prioritize people

Stranded woman picked up by cops hours before death