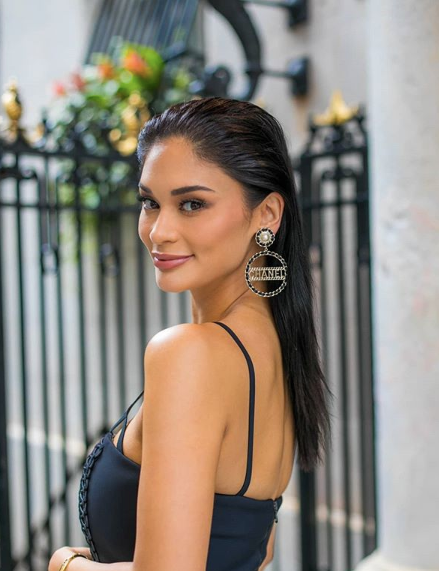 Beauty queen Pia Wurtzbach has finally broken her silence over political issues in the country, saying she needs to use her voice and is now pushing to junk the controversial anti-terrorism bill.

Wurtzbach admitted that she has previously been mum on politics because she felt that she had little knowledge on the matter, but is relieved to know that she is not alone in her woes over the country’s situation.

“I’ll be honest, I never really liked commenting about politics simply cos I felt like I [didn’t] know enough. I [wasn’t] confident enough to speak up… I also was never really a fan of tweeting (Im barely online here) but I realized that I need my voice back…and I need to use it,” she said on Twitter yesterday, June 3.

I'll be honest, I never really liked commenting about politics simply cos I felt like I didnt know enough. I wasnt confident enough to speak up… I also was never really a fan of tweeting (Im barely online here) but I realized that I need my voice back…and I need to use it.

(Everything that is happening in the Philippines and in the whole world is just overwhelming. Right? It is like you do not know if you want to cry or be angry. Sometimes, you feel powerless. As if your heart is about to burst. That feeling when you want to say something. That you need to say something.)

Wurtzbach has realized, however, that she is not powerless, and that she is not alone in the fight, she stated in another tweet supporting the #JunkTerrorBill, #MassTestingNowPH and #ActivismIsNotTerrorism online protests past midnight today, June 4.

Wurtzbach joins fellow beauty queen and former Miss Universe Catriona Gray in calling for the scrapping of the anti-terror bill, which has just passed the third reading and awaits President Rodrigo Duterte’s signature, to be turned into law.

Duterte on June 1 deemed the passage of the said bill as “urgent,” reasoning that it is vital to “address the urgent need to strengthen the law on anti-terrorism to adequately and effectively contain the menace of terrorist acts for the preservation of national security and the promotion of general welfare.”

Through the Anti-Terror Bill (House Bill No. 6875), the Human Security Act of 2007 will be amended to become stricter, which, for one, will exempt law enforcers from liability for illegal detention or failing to present an arrested person before a court within the prescribed period. The proposed measure also states that any person who threatens to commit terrorism or proposes any terroristic acts or incite others to commit terrorism shall suffer the penalty of 12 years in prison.

It also allows warrantless arrests of suspected violators, who can be detained for up to 24 days without being informed of their charges.

The said bill has since sparked protests from netizens and celebrities alike, with the likes of Agot Isidro, Enchong Dee, Janine Gutierrez and many others rallying to stop its passage and encouraging others to sign a petition against it.

Defend UPLB, an alliance composed of student councils from the University of the Philippines Los Baños, created the said petition. In it, the group stresses that the bill poses several dangers, emphasizing, for one, that “[t]here is an over-broad definition of ‘terrorism’ which could blatantly tag political activities, mass mobilizations, and major protests of progressive formations as ‘terrorist acts.’” JB