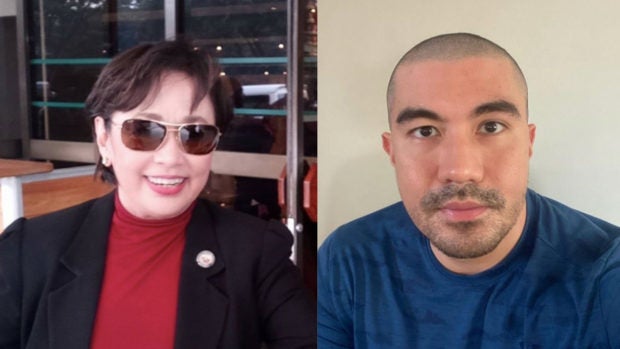 Star for All Seasons and Batangas 6th district congresswoman Vilma Santos spoke up about her stand on the Anti-Terror Bill through her son, actor Luis Manzano. Santos has been subjected to criticism on social media for being in favor of the bill “with reservations.”

The controversial bill, also known as House Bill No. 6875, has been approved on its final reading and is only waiting for President Rodrigo Duterte’s signature. The bill penalizes anyone who will propose, incite, conspire on and facilitate terrorist acts. A suspect could be detained without a warrant of arrest for at least 14 days. Anyone who shall be proven guilty of engaging in a conspiracy to commit terrorism shall be penalized by life imprisonment without parole.

Santos made her name in the industry by starring in several acclaimed political movies that explored human rights abuses in the country, such as “Dekada ’70” and “Sister Stella L”.  She has thus been called out for allegedly being a principal author of the bill, as the bill is feared for the possibility of it being abused for human rights violations.

“[Vilma Santos] so [you’re] telling me you [didn’t] learn anything from your roles from the films you did back then?” a certain @jeongsmanager retweeted. “hELLO SISTER STELLA?”

vilma santos so your telling me you didnt learn anything from your roles from the films you did back then???? hELLO SISTER STELLA??? https://t.co/cOwjE6hveB

In view of the issue, Luis Manzano, Santos’ son with veteran actor Edu Manzano, stated the congresswoman’s response on his Twitter account.

“To everyone asking, here’s what my mom said about the anti-terror bill,” Luis said, attaching a screenshot of Santos’s message.

“I am not a principal author of House Bill 6875,” Santos declared. “I’m in favor of it WITH RESERVATIONS. I have [concerns] about the country’s national security.”

“I just hope the law enforcement agencies will implement it in accordance with the Constitution, [with] full respect to human rights and without any abuse whatsoever,” she added.

To everyone asking, here’s what my mom said about the anti-terror bill👍🏻👍🏻 pic.twitter.com/o1v7uioIUU

“Vilma Santos starred [in] two movies where [her] character was not treated well by the justice system and favored those in power and yet she ‘hopes’ for the best coz she’s not the principal author and it will not affect her much,” Twitter user @SOLO4JINHWAN replied to the actor’s post.

Vilma Santos starred two movies where the her character was not treated well by the justice system and favored those in power and yet she "hopes" for the best coz she's not the principal author and it will not affect her much. https://t.co/GR1RCOZQnO

(If “yes with reservations” is how you feel, shouldn’t you have voted “no” until there already is a solution, or the thing that bothers you is gone?)

A fan then tagged Luis in response to Gutierrez’s reply.

“[Please] let your mom see this!” one @DavidPCua said. “YES WITH RESERVATIONS IS STILL ENABLING THE FASCISM IN THIS COUNTRY!”

@luckymanzano pls let your mom see this!!!!! YES WITH RESERVATIONS IS STILL ENABLING THE FASCISM IN THIS COUNTRY!!!

Meanwhile, more and more celebrities are joining the call to scrap the bill through online protests on social media using the hashtag #JunkTerrorBill. JB