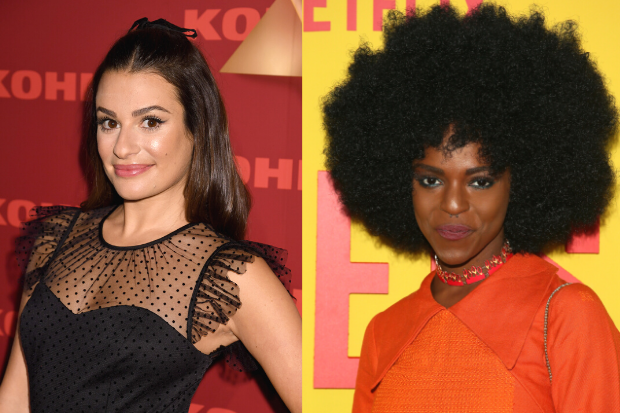 Lea Michele (left) has been called out by Samantha Ware (right) and other “Glee” actors for her treatment of cast members. Image: Jennifer Graylock/Getty Images for Kohl’s /AFP, Jean Baptiste Lacroix/Getty Images/AFP

Actress Samantha Marie Ware has accused Lea Michele of mistreating her on the set of the musical series “Glee.”

Ware, who was in the sixth season of the show as Jane Hayward, reacted to Michele voicing her support for the Black Lives Matter movement on Twitter. Michele, who played Rachel Berry, was the star of the show that ran from 2009 to 2015.

“George Floyd did not deserve this. This was not an isolated incident and it must end. #BlackLivesMatter,” Michele tweeted Saturday, May 30. Floyd, a 46-year-old black man, died on May 25 while under police custody.

Ware shared the tweet and recounted her experience working with Michele.

“LMAO REMEMBER WHEN YOU MADE MY FIRST TELEVISON GIG A LIVING HELL?!?! CAUSE [I’LL] NEVER FORGET. I BELIEVE YOU TOLD EVERYONE THAT IF [YOU] HAD THE OPPORTUNITY YOU WOULD ‘[SH*T] IN MY WIG!’ AMONGST OTHER TRAUMATIC [MICROAGGRESSIONS] THAT MADE ME QUESTION A CAREER IN HOLLYWOOD…,” she wrote yesterday, June 2.

LMAO REMEMBER WHEN YOU MADE MY FIRST TELEVISON GIG A LIVING HELL?!?! CAUSE ILL NEVER FORGET. I BELIEVE YOU TOLD EVERYONE THAT IF TOU HAD THE OPPORTUNITY YOU WOULD “SHIT IN MY WIG!” AMONGST OTHER TRAUMATIC MICROAGRESSIONS THAT MADE ME QUESTION A CAREER IN HOLLYWOOD… https://t.co/RkcaMBmtDA

Microaggressions are “the everyday slights, indignities, put-downs and insults that people of color, women, LGBT populations or those who are marginalized experience in their day-to-day interactions with people,” as per psychologist Derald W. Sue.

A few “Glee” co-stars have reacted to Ware’s statement. Background actors, some of whom are black, recalled how Michele treated them.

Jeanté Godlock, who was in the series’ ensemble cast, replied to Ware: “Did somebody say cockroaches? because that’s what she used to refer to the background as on the set of glee. but we grow up and we don’t stay background forever sooooo…”

did somebody say cockroaches? because that’s what she used to refer to the background as on the set of glee. but we grow up and we don’t stay background forever sooooo…

Michele has yet to respond to the accusations. Following Ware’s statement, meal delivery service HelloFresh has cut ties with her, stating on Twitter that it “does not condone racism nor discrimination of any kind.”  /ra