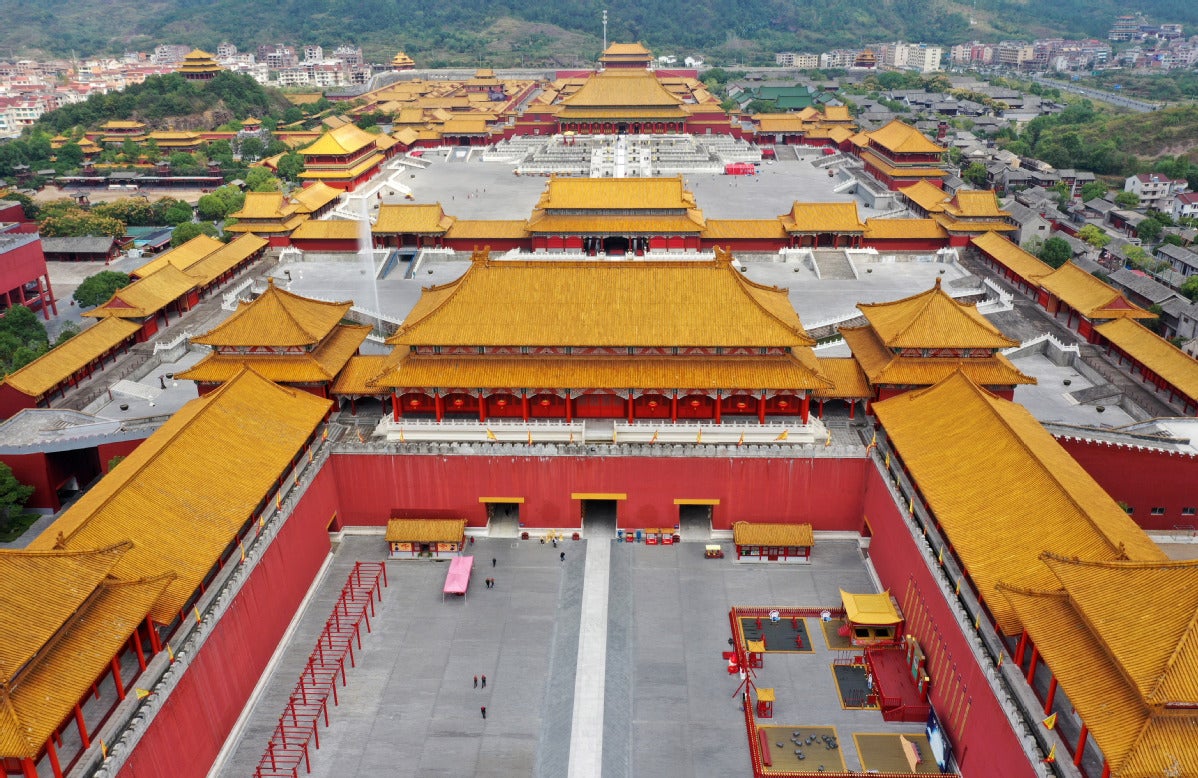 Buildings constructed in the styles of the Ming and Qing dynasties serve as filming sites at Hengdian World Studios. Photo by Bao Kangxuan/China Daily/Asia News Network

After more than 100 days on pause, “China’s Hollywood”, Hengdian, has resumed operations.

Located in the eastern Chinese city of Dongyang, Zhejiang province, Hengdian World Studios is one of China’s biggest film-and-TV production centers and a barometer of the industry.

Shoots were restricted for months due to the COVID-19 epidemic. As the outbreak wanes, over 40 movie and teleplay crews had started working in Hengdian as of May 22, while over 60 others are preparing to resume shooting.

“All extras should register their travel histories and report their body temperatures twice a day,” Zhou says.

“And people who’ve come from major areas with a high risk of infection were required to undergo concentrated quarantines.”

Dongyang has released a slew of policies to support Hengdian’s work resumption.

The city has allocated 10 million yuan ($1.4 million) to subsidize venue and equipment rentals, and accommodation. It has also cut or exempted taxes and fees for film-and-TV production companies.

“My father always hoped that I would return to my hometown and land a stable job, but I insist on staying here to chase my dream,” says 27-year-old Li Haishan, an extra in Hengdian.

Li often rode horses for the camera. Now, he’s riding an ebike to pick up and deliver meals for online food-delivery platform Eleme.

“At least I can keep working as a rider,” he says.

Since many actors and actresses have returned, Li plans to look for roles he can play while continuing his delivery job.

“I have stayed in Hengdian for months. The hardest times will be over soon,” he says.

Hengdian is the shooting base for a quarter of China’s movies and one third of its TV series. Over 64,000 episodes have been shot there.

The street was empty and quiet when producer Huang Jinmei arrived in Hengdian in mid-April. The hustle and bustle have since returned.

“In the film industry, as long as you can control the budget and provide high-quality products, there must be a place for you to survive,” Huang says.

Producer Bao Mengmeng is hopeful about the future.

“Although we are encountering more challenges, we can spend more time polishing our scripts and keeping good connections with big platforms,” she says.

“In such a hard time for the whole industry, I believe the fittest will survive and quality will prevail.” Xinhua