Ai-Ai delas Alas laments slurs over ‘The King’ comments, gets public apology from teacher who bashed her 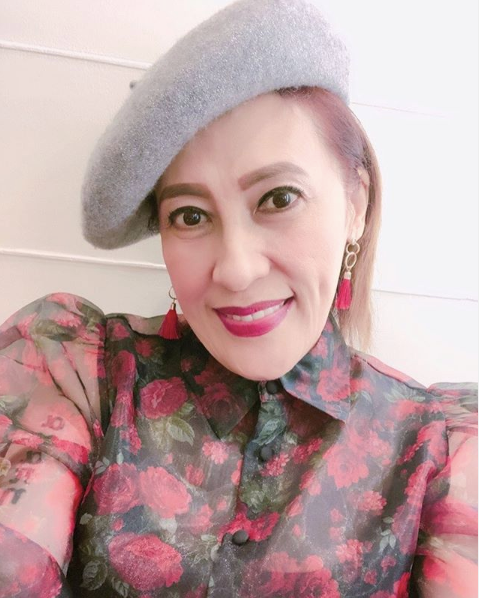 Comedienne Ai-ai delas Alas has lamented how people, especially the youth, have been bashing her over her comments on the South Korean drama “The King: Eternal Monarch”, which she labeled as “not that good.”

Delas Alas emphasized how a teacher, one Noel de Ocampo, called her “bobo (stupid)” and “pathetic” for her opinion of the said show rather than be a good example to the youth. Besides sharing his comment, she posted a letter she signed demanding his apology, as well as his reply.

(First of all, I do not know how people’s attitudes have become like this these days. In my 30 years in the television and film industry, I have not expected to receive this kind of bashing just because I did not like one K-drama.)

(I have been receiving expletives from the youth and even from a teacher, who should be a good example to young people.)

“Nalungkot lang ako dahil mga kababayan ko pa ang nagmura at nilait ako at tinawag ng kung ano ano (I am just saddened by how my own compatriots swore at me, insulted me and called me names),” the comedienne stressed.

(My own compatriots whom I have at least made smile or laugh, with my small God-given talent in comedy, for 30 years in TV and film. Now, just because of this K-drama, they are calling me stupid, ignorant and a worthless actress.)

Delas Alas said that as a mother, she teaches her kids to be respectful toward others, especially those older than them, but underscored that she also teaches them to fight back when needed.

Delas Alas shared also screenshots of her letter addressed to Ocampo demanding his public apology for the said post, which the actress described as “out of context, personal, irresponsible and malicious.”

The teacher meanwhile has also already complied with delas Alas’s demand, as seen in another photo included in the comedienne’s post showing Ocampo’s letter of apology.

Ocampo in his letter said that his post was “really damaging and went beyond the boundaries of being an educator” and asked for delas Alas to accept his apology.

(I hope this serves as a lesson to cyberbullies. You can voice out your opinions and let your sentiments be known, but you do not need to hurl expletives and crush the image of someone who has not done anything to you other than share their opinion about a show they did not like [this is different from what you think that I did not understand] and I hope you respect others in this industry.)

“Hindi natin alam mga [pinagdadaanan] ng bawat isa (We do not know what each one is going through),” she noted, “Kaya dapat (Which is why) we think before we click. GOD BLESS.” NVG