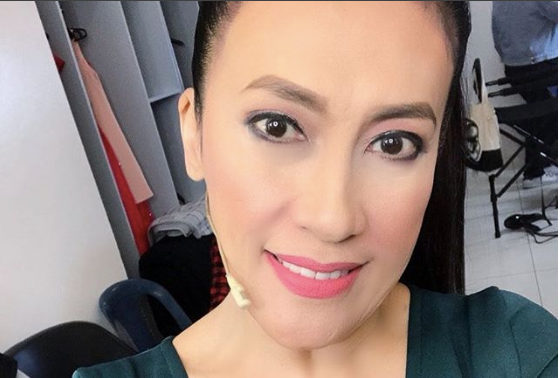 Ai-Ai delas Alas remains firm in her stand against same-sex marriage, as she responded to those who criticized her for airing her views on the topic.

After stating that she supports gay relationships but not their marriage, she immediately drew flak from Twitter users including celebrity photographer BJ Pascual.

(Wait, how many spouses have you had again? God does not like that also, right? BYE.)

Following the criticisms she received from netizens, Delas Alas took to Instagram yesterday, Jan. 10, to address her bashers.

(Explain to God, not me, because I just shared His words that were written in the Bible.)

The actress-comedienne also accompanied her post with a photo that featured phrases such as “Before you criticize, wait” and other similar lines.

Delas Alas also said that should the time come that her bashers’ minds would be enlightened, she would be willing to be their godmother and guide them toward the Lord. She recently said that she would decline to be a godparent at the weddings of her gay friends because of her stand on the issue.

The actress-comedienne did not deny that she used to commit actions that were not in line with the Bible’s teachings before, and stressed that she accepts her past.

(I repented and asked [the Lord] for forgiveness, and changed my life.)

Delas Alas’ sentiments on gay relationships came after a Supreme Court decision junked a petition to recognize same-sex marriage in the Philippines on Jan. 6.  /ra