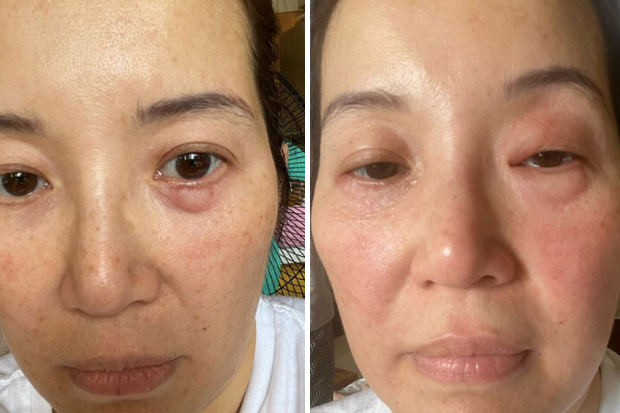 Kris Aquino is warning fans of the dangers of taking wrong medication after she suffered from an allergic reaction for committing the said mistake.

The Queen of All Media took the wrong pain reliever last Sunday, May 24, which resulted in swollen eyes that she said made her look like “nakipag sparring kay ([she] sparred with) Ronda Rousey,” an American professional wrestler.

“INGAT (Take care) please – let what happened to me be the warning,” the actress stressed.

Aquino’s post came with two photos of the allergic reaction: the first one showed a small bump under one eye while the second one showed almost her whole face red from swelling.

The actress in 2018 revealed that she has an autoimmune disease which she said makes her “allergic to everything in the environment.”

Aquino has previously suffered from an anaphylactic reaction – a widespread and often very serious allergic reaction – also in 2018 during a shoot in Indonesia.

Other than suffering from taking the wrong medication, however, Aquino also shared that her left hand got injured yesterday after she tried to adjust her electric fan.

“Last picture is my left hand because this afternoon [I] tried to be independent; [I] was adjusting the electric fan stand to lower it, malay ko ba na pwedeng biglang bumagsak na lang yung buong fan & naipit na ko – OUCH,” she said.

(I was adjusting the electric fan stand to lower it, I did not know that the whole thing could suddenly fall and hit me.)

(Since I cannot really take pain relievers and anti-inflammatory medications, I’m using helichrysum essential oil. Nurse Mona made a splint because it is hard for me to straighten my hand, a vein got squeezed, which is why the pain reaches up to my elbow.)

The actress also apologized for not being able to hold a Facebook Live session for her fans due to the health problems but promised that she will try to do one as soon as possible. JB

Kris Aquino opens up on relationship with sisters: ‘Mom must be smiling now’