Joel on Peque, business in the time of quarantine and the ABS-CBN shutdown | Inquirer Entertainment
Close
menu
search

Joel on Peque, business in the time of quarantine and the ABS-CBN shutdown

If there would be a list of top 10 best Filipino actors of all time, Joel Torre will definitely be on it. But I can’t decide whether he’s better as an actor or as a friend. That’s because he excels at both.

Migo (as I fondly call Joel) and I have an Ilonggo connection. Since I’m an Ilongga at heart and he’s a Negrense, I enjoy our animated conversations in Migo’s dialect, Hiligaynon. He’s one of my fun “QuaranText” mates.

When news broke out about Peque Gallaga’s passing, I thought of Joel right away. Peque was his mentor and close friend. Aside from chicken inasal and piaya, Gallaga and Torre are Bacolod’s treasures. Tuod na gid ya (that’s really true).

Here’s my chat with Joel: 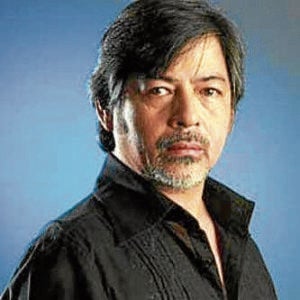 What stands out in your memories about Peque?

I first met Peque in Bacolod during summer of 1969. After my first play, he went to the house and told me, “Joel, I will be based in Bacolod, and I want you to be in all my plays,” which we did from 1970-’80, and it changed my life. Since then, I always wanted to be an actor.

What advice of Peque do you follow to this day?

The best advice he gave me was, “Never settle for puwede na, there are a lot of puwede nas. Go for the best shot.” He set the bar for us, and he set them high.

If you could choose a public figure to be in quarantine with, who would you pick?

I would choose Xi Jinping and ask him to explain how this virus started and be transparent about it. Then, I would tell the whole world, which is asking the same question. I would also ask what he thinks of Mao Zedong’s The Great Leap Forward, where they killed 40 million of their own people.

What’s the most productive thing you’ve done during quarantine?

The series of Zoom meetings we had with our management committee for JTs restaurant. We meet, then we apply it on our operations. We closed for a month and opened on April 14, and we’re slowly building ourselves up. Taking care of our employees was the most creative.

How will your chain of JT’s Manukan restos adapt to the “new normal”?

I’ve read before this COVID-19 about “The Rise of the Virtual Restaurants,” where the focus would be on take-outs and delivery. Well, it is happening now. The future is now.

Any suggestions on how to keep the TV/movie industry alive in the time of COVID-19?

For the TV and movie industry to survive, we have to reformat. Stories would be limited to the limits of the virus. Production would be minimal and mostly digitized, something like a Digital Master Class where resource people would give lessons about their fields of expertise. With limited people and limited time. Make a series out of this shortened shows.

The problem would be how to sell and not make its content free. I would make a show about what is true and what is fake news. It’ll be a fact-check show and we’ll see who’s telling the truth and who are proponents of fake news. An expose on trolls.

What’s your take on the unceremonious shutdown of ABS-CBN?

The shutdown is unfair. The Senate inquiry has already cleared the network and said that no violations were committed … Why the delay if they were cleared already? The situation reminds me of a German term, schadenfreude. It means “the emotion of pleasure in others’ misfortune.”

Why shutdown something that abides by the law, but allow POGO, which commits a lot of irregularities [to operate]? I thought the priorities in this pandemic are people’s health and starting the economy?

How do you stay calm amid the pandemic?

I pray and meditate a lot. I keep telling myself that this too shall pass. I clutch my rosary as prayer beads, and it helps me a lot. I also have support groups … family and friends.