Singles and videos of the week 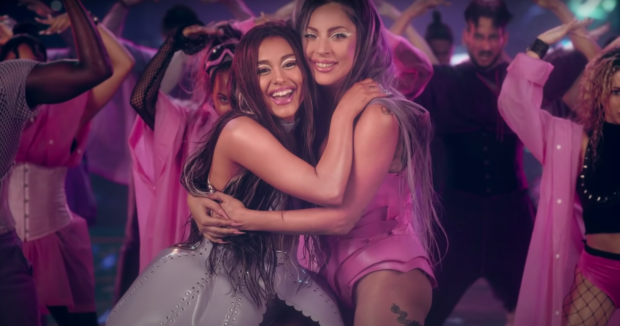 If you have been too busy teleworking and watching Instagram lives, you may have missed out on a number of new releases over the last few days. Just in time for the weekend, here’s a roundup of fresh drops on YouTube.

Suga, a member of the phenomenally successful BTS, has released a solo mix-tape under an alternative stage name, Agust D. Christened “D-2,” the new offering features the single “Daechwita,” which is accompanied by a freshly unveiled video on YouTube.

“Need It” by Migos with YoungBoy Never Broke Again

Even living under lockdown, there are some happy days. This week, Pitchfork reported that Quavo from the group Migos has finally graduated from the Berkmar High School in Lilburn Georgia. And that is not all. Migos has also unveiled a new single with YoungBoy Never Broke Again.

In more news from Georgia, the Atlanta based rapper Gunna has released a new album, “Wunna,” with help from his friends Travis Scott, Young Thug, Lil Baby and Roddy Ricch.

“Rain on Me” by Lady Gaga and Ariana Grande

There are collaborations that no one has ever imagined because they seem so unlikely, and the Gaga-Grande duo on “Rain on Me” is one of these. The pop-dance track will feature on “Chromatica,” the forthcoming album by Stefani Germanotta (aka Lady Gaga), which is due to drop on May 29.

The three American sisters have just unveiled a fresh track from their forthcoming album “Women in Music Pt. III,” whose release has now been pushed forward by the coronavirus to June 26. Three years have gone by since the trio released their most recent studio album, “Something to Tell You,” in 2017.

At a time when everyone is fed up with social distancing and other precautions to prevent contagion, Harry Styles has come out with a new video that breaks all of the rules. Be warned: viewers should not attempt to copy this celebration of sensuality at home.

In the run-up to the release of their new album on Aug. 28, the two Lawrence brothers have presented a foretaste of the sound that will have us dancing at the end of the summer with a new track “Energy.”

“Pomegranate” by deadmau5 and The Neptunes

Chad Hugo and Pharrell Williams, who go by the stage name the Neptunes, feature on this latest single by DJ deadmau5. According to Pitchfork, the title was recorded at a secret session during the most recent Art Basel in Miami. CL /ra