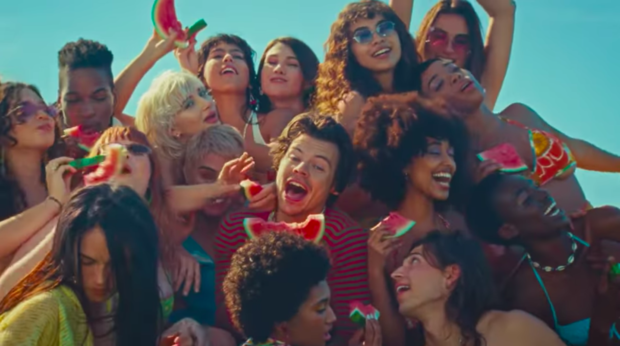 A model who took part in Harry Styles’s music video for his single “Watermelon Sugar” has dubbed him the “consent king” for how he behaved on set.

Harry Styles’s latest music video “Watermelon Sugar” is “dedicated to touching” — and Styles apparently made sure that all the touching came with permission.

The video evoked the best of a warm summer at the beach, with models grazing and holding one another and Styles. The cast ate watermelons too, and at one point smashed them into Styles’s face.

Model Ephrata discussed her experience on set in an Instagram Live video yesterday, May 19. Speaking to another model who appeared on the video, Aalany McMahan, she recalled the pop singer asking permission to touch her hair.

the director told harry to play with her hair but he asked her if that was ok first and then they kept calling him consent king 😭😭 I LOVE HIM pic.twitter.com/djWyw7UnNB

“The people were telling him to touch my hair and play with it and he was like, ‘Wait, wait, wait, pause — can I even touch your hair? Is that even okay?'” she said. “And I was like, ‘Yeah, that’s so nice. That was really sweet.’”

“He was very huge on the consent,” McMahan concurred.

The model, in turn, asked for his consent when she was being made to kiss him.”They told me to kiss him, and “I felt like I had to ask, too. I was like, ‘Are you sure?’ and he was like, ‘Yes, go ahead!’” 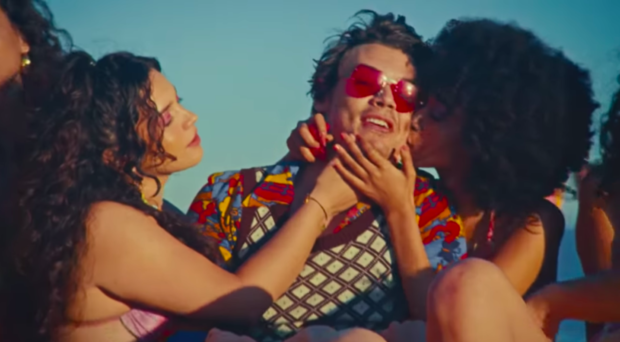 “That’s why it was so fun because everybody was so like comfortable,” she observed.

After its release on Monday, May 18, the video has earned over 13.6 million views on YouTube, as of writing. JB

Liam Payne amid One Direction reunion rumors: ‘Group FaceTime’ in the works