Liam Payne amid One Direction reunion rumors: ‘Group FaceTime’ in the works 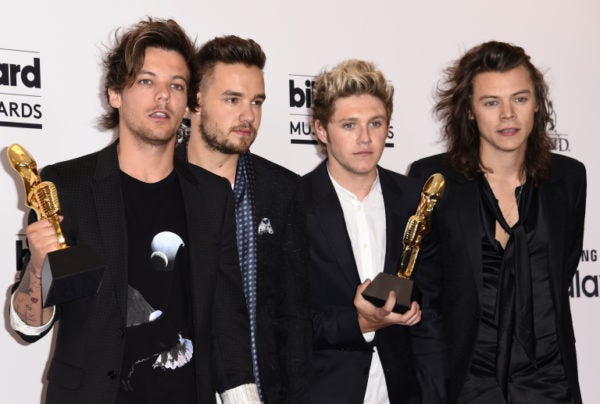 While a One Direction reunion has yet to be officially confirmed, singer Liam Payne has continued to give updates about members keeping in touch before the boy band’s 10th anniversary in July.

One Direction formed in 2010 and was composed of Payne, Zayn Malik, Louis Tomlinson, Harry Styles and Niall Horan.

He did not mention if Malik, who left the group in 2015, has been part of their conversations.
After Malik’s departure, the band went on hiatus in 2016, after five hit albums. Each member has since pursued solo music projects.

Payne chatted with DJ Alesso about his bandmates yesterday, April 19 on Instagram Live.

“I did speak to Niall again on FaceTime today though and he was outside on his balcony sunbathing and whatever,” he said.

When Alesso asked where Horan was, Payne replied, “He’s in London as well. Most of us are in London.”

“We’ve been trying to arrange the first group FaceTime at the moment,” he said, adding in jest, “You can come in and fill in for Zayn and join the band.”

“Oh, wow, the whole world is about to explode,” Alesso remarked.

Later on, Payne said he has gotten in some trouble for talking about the band: “I can’t say too much. It was actually, Louis told me off for revealing a bit of our plans the other day. So you’re going to have the group telling me off on the group chat.”

‘A real good time for us to connect’

Payne previously sparked reunion rumors when he told The Sun on April 9 that they had been “speaking together a lot.”

“We’ve got a ten-year anniversary coming up so we’ve all been speaking together a lot over the last few weeks which has been really nice,” he was quoted as saying. “To hear a lot of people’s voices and seeing old content and different things that we haven’t seen for a long time or never seen before, it’s very interesting.”

“At the moment I’m not sure what I’m allowed to say,” he added. “There’s a number of different things that we are all working on to try and make happen and people are forwarding emails around. But more than anything it’s just been a real good time for us to connect together again.” JB

Niall Horan: Collaborating with One Direction bandmates would be ‘weird’