Regal Films gearing up for the ‘new normal’ in filmmaking 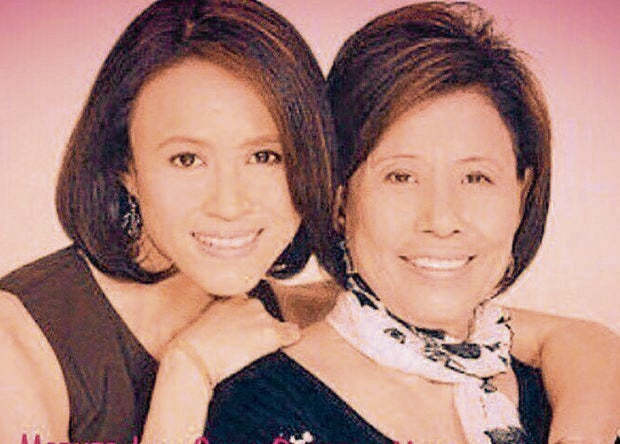 Roselle (left) and her mother, Lily Monteverde, of Regal Films

It used to be art imitating life. But this time around, the pandemic is making it seem like we are on the set of Apocalypse 2020.

What we thought could only happen in the movies has turned into stark reality.

Planning for the annual Metro Manila Film Festival (MMFF) usually starts during this time of the year. But the new coronavirus disease (COVID-19) has rained on the MMFF parade (pun intended). No lavish (mo­vie entries) floats as the virus keeps floating around.

After marking Philippine cinema’s centennial year in 2019, how anticlimactic it is for show biz folk to be dealing with the pandemic scenario this 2020. So I asked one of the industry’s prime movers, Roselle Monteverde of Regal Films, to share her thoughts about the unusual situation.

Knowing Mother Lily and Roselle, they won’t give in to despair nor give up on movie production. Instead, they will give way to the “new normal.” May local cinema live happily ever after.

Here’s my chat with Roselle:

How will Regal Films adapt to the new normal?

At the moment, we are preparing for the new normal. The PMPPA (Philippine Motion Pictures Producers Association), along with the interguild of the movie industry, has created a manual of guidelines for movie production, and this has to be strictly followed.

Creating this new normal however will not be easy, as there are endless variables to consider before anything resembling a new protocol can be established. For example, an average film set requires at least 100 people, including cast and crew.

Undoubtedly, this number is due to be dramatically cut in half to ensure the health and safety of our workers as new physical distancing practices are implemented. The side effects of this ripple out into production time, logistics, script changes, our ability to hire extras, etc. The full implications are very difficult to measure.

As we await the transition from modified ECQ (enhanced community quarantine) to GCQ (general community quarantine), it also remains unclear whether cinemas will even resume operation. Without cine­mas, we will have to adjust marketing, advertising and even distribution strategies to get our content to audiences due to restricted movement abilities.

Any suggestions on how to keep the movie industry alive during the health crisis?

Given all the uncertainty, making a profit will be challenging, to say the least. With our new social distancing guidelines, it is easily projected that the full potential for gross income will be significantly reduced due to a limited revenue stream.

For the moment, we need to turn our attention to surviving and riding out the crisis with our best efforts. Adjustments to budgets are being made, as well as renegotiations are being held as an attempt to minimize loss.

However, the most powerful assistance would be from the government in the form of subsidies or a tax holiday. For example, the waiving of amusement tax. At the moment, the movie industry has quadruple taxation, namely amusement tax, VAT (value-added tax), withholding tax and income tax. Waiving these would be a prime example of a way the government could aid the entertainment industry during this health crisis.

Another way to keep the movie industry alive would be the reestablishment of the Cinema Evaluation Board (which previously gave 50-100 percent rebate on amusement tax for movies graded A or B). Reestablishment of this committee calls on the FDCP (Film Development Council of the Philippines) to aid in the enhancement of the movie industry by giving other forms of incentives for local film producers in this suffering market.

What’s your take on the unceremonious shutdown of ABS-CBN?

ABS-CBN is a major stakeholder in the entertainment industry, therefore its shutdown creates a large hindrance to the entertainment ecosystem. They not only play a major role in buying content, but they also employ thousands that will have now lost their livelihoods due to the shutdown. I believe that ABS-CBN should have been given the due process of the law.

When the pandemic is over, what COVID-related story would make good movie material?

Perhaps the public should be allowed some time to breathe before allowing “Love in the Time of COVID” to fill their screens. Still living through this pandemic, I’m unsure of whe­ther the public would be so eager to relive this nightmare just yet.

Of course, innovation is always falling down our creative pipeline, and I wouldn’t put it beyond the capabilities of our talented writers and directors to put an engaging twist to what our reality is becoming.

Therefore, I leave this opportunity in their creative hands. INQ