Why Tommy Abuel needs to be immortalized in a book 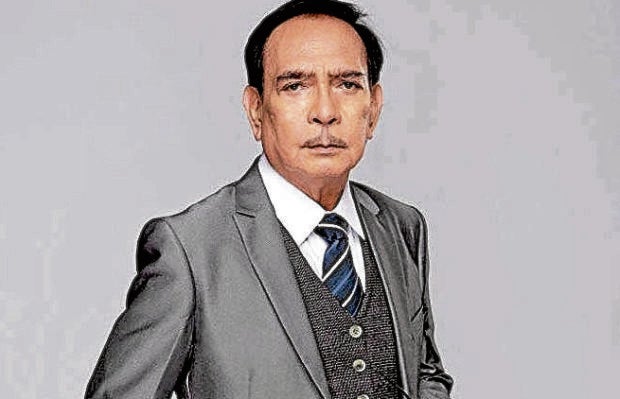 One of the perks of being in theater is the opportunity to work with seasoned screen performers who prefer to revisit their deep theater roots every chance they get. If you’re luckier, some of them even end up becoming your friend long after you leave the rehearsal halls and performing venues.

In our case, we’ve been lucky to have worked with acting icon Tommy Abuel. Yes, he’s that “kagalang-galang” thespian millennials often associate with the stern and self-assured characters he often plays in GMA-7 shows like “The Better Woman,” “Destined To Be Yours” and “Ang Dalawang Mrs. Real.”

We first crossed paths with Tommy when writer-director Nestor U. Torre (NUT) and world-famous glass sculptor Ramon Orlina asked us to join the Ryan Cayabyab musical “Ang Mapaghimalang Birhen ng Caysasay” for its premiere at the Cultural Center of the Philippines. NUT and Mon tapped us to portray Juan Maningkad, the fisherman from Taal, Batangas, who found the image of the miraculous Our Lady of Caysasay stuck in his net. We ended up writing some of the lyrics of that musical and creating choreography for some of its production numbers.

After that, we acted with Tommy in “Be Not Afraid: The Story of Pope John Paul II” and “Cory, The Musical.”

When another dear friend had to beg off from playing the role of the Mysterious Man in New Voice’s 2007 adaptation of Stephen Sondheim’s “Into the Woods,” which we directed, we wondered if Tommy would be willing to audition for the role.

Of course, we were ready to eat humble pie if Tommy told us to take a hike for asking him to audition. But the invitation wasn’t really extended because we had doubts about his acting chops. We had to know if the character’s songs and range would fit him, like the short but heart-wrenching “No More,” which he sang with the consistently fabulous Michael Williams.

After all, there’s nothing sorrier than a great actor who is miscast in an otherwise coveted role—as George Clooney (“Batman and Robin”), Russell Crowe (“Noah”), Vince Vaughn (“Psycho”), Kristen Stewart (“Snow White and the Huntsman”) and Scarlett Johansson (“Ghost in the Shell”) would readily tell you.

We loved Tommy even more when we asked him to act in “The Male Voice,” an NVC original play about the nature of violence that we wrote and directed. But, he accepted our invitation sight unseen—and months before we finished writing the script!

In that particular production, Tommy shared top billing with some of the country’s top theater actors—Joel Trinidad, Michael Williams and Joaquin Valdes (who’s now doing very well in UK-produced musicals like “Miss Saigon” and “King and I”). At rehearsals, Tommy would arrive at the studio two hours before his call time!

Indie aficionados also remember the veteran actor for single-handedly transcending the limitations of Atom Magadia’s well-meaning drama “Dagsin,” where he won best actor at Cinemalaya and earned a couple of international acting citations for his thespic tour de force. We were so blown away by his deeply focused and textured portrayal in it that, after screening the film, we told him, half in jest, “Naku, Tomas, when I grow old, I want to be just like you.” Tee-hee.

We weren’t really surprised to see this been-there, done-that actor deliver an exceptional performance because we grew up dazzled by his participation in Filipino film classics like Lino Brocka’s “Maynila Sa Mga Kuko ng Liwanag,” Danny Zialcita’s “Karma,” Joyce Bernal’s “Of All the Things,” Mike de Leon’s “The Rites of May,” Ishmael Bernal’s “Working Girls” and all those ritzy, glitzy and glossy melodramas from Viva in the ‘80s. Other than the witty and delectable Danny Zialcita “dramedies,” he has also worked with all of Tinseltown’s movie queens. When we watched the remastered version of “T-Bird at Ako” some years ago, we marveled at Tommy’s scene-stealing ability to occasionally turn the spotlight away from his prodigious costars.

He made his indelible portrayal in that film look seamless—not an easy feat when you’re acting in a movie whose focus is showing the dramatic mano a mano between Star for All Seasons Vilma Santos and Superstar Nora Aunor!

Two weeks ago, when we sat through episodes after episodes of Dean Devlin’s Pinoy-enriched WGN America series “Almost Paradise,” we were half expecting Tommy to pop up onscreen!

Last time we had a chance to catch up with Tommy, we had a long talk over the phone about how the never-fading pandemic has upended all our lives in so short a time—and how it stands to change the way we consume entertainment, tape teleseryes, shoot films, rehearse plays and perform at concerts. For us, it’s almost unthinkable to live in a world without art. Life and art somehow always find a way.

How has quarantine life been treating the actor?

“It wasn’t much of an adjustment for me because when I’m not taping a teleserye or filming a movie, I prefer to stay home,” he said. “It’s something I’d rather do than brave the terrible traffic in Metro Manila.”

When we mentioned in passing Boots Anson-Roa handing the leadership of Mowelfund over to character actor Rez Cortez, we reminisced about the rigorous rehearsals of “Be Not Afraid,” where he and Tita Boots played Pope John Paul II’s parents.

From that topic, we learned that, long before their pairing in “Be Not Afraid” or GMA-7’s “Destined To Be Yours,” they’ve already worked with each other many times before—the first time for FV Alfons’ 1979 film “Hermano Pule,” in which Tommy played the title role.

We also asked the actor if he was indeed originally chosen for the role of one of the top rebel soldiers in “A Dangerous Life,” the 1988 miniseries depicting the events leading to the overthrow of the abusive Marcos regime in 1986.

“Yes, I remember they kept asking me to go to so many callbacks—seven, if I remember correctly,” he said, laughing. “But when they told me how much they were going to pay me, I begged off because, after taxes and all, I stood to get a much smaller rate than what the local industry was already paying me at the time.”

As fate would have it, soon after Tommy begged off from the show, news spread around that Juan Ponce Enrile, a major player in the Edsa Revolution, was reportedly “very unhappy” about not having been consulted about the project.

So, the production opted to pack its bags and relocate its shoot to Australia, where all the Pinoy actors were flown and paid handsomely—because that country had to abide by the demands of the Actors’ Equity to pay performers not lower than the established salary floor. “Maraming yumaman sa produksyong ‘yon (laughs)! Had I known how it would have turned out,” Tommy snickered.

It’s trivia like this that makes conversations with the actor juicier and worth anybody’s while. Because of his experiences as an actor for films, TV and the legitimate stage, we’ve been urging Tommy to write a book about his heyday with Rolando Tinio, NUT, Celeste Legaspi (who was already a theater ingenue before she became an OPM icon in the ‘70s and ‘80s), Lino Brocka, Ishmael Bernal, Mike de Leon and so many other industry titans worth remembering.

And, yes, what was it like working with the movie queens of our time—Nora, Vilma, Sharon Cuneta, etc. As you can see, dear readers, Tommy’s vast experiences deserve to be immortalized in a tell-all book worthy of his artistic gifts and time-honed wisdom. INQ

Read Next
Regal Films gearing up for the ‘new normal’ in filmmaking
EDITORS' PICK
Smart brings KCON:TACT especially 4U to subscribers from June 19 to 27
Minor’s death in Laguna drug raid prompts probe; 10 cops held
Smart celebrates all kinds of ‘#SimplyLove’ for Pride Month
Gilas out to prove Korea win not a fluke; Tab fires back at ‘lucky shot’ remark
How this dad raised an empowered trans daughter
Lacson disputes need for more COVID-19 vaccine funds
MOST READ
Underdog Dasmariñas vows to fight to the death vs Inoue
The opposition’s dilemma
Rajko Toroman praises, warns Gilas Pilipinas
Banker’s grandson lands dream job at BPI
Don't miss out on the latest news and information.