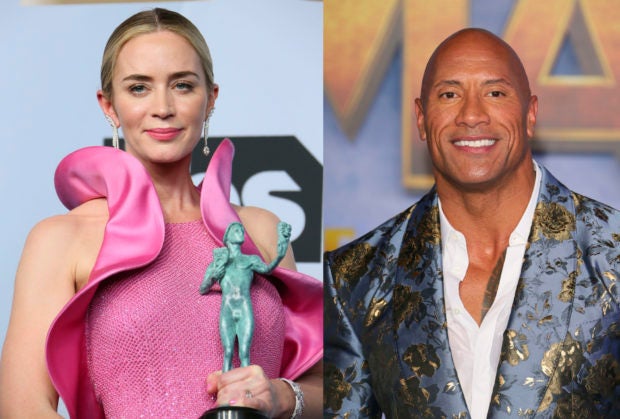 Emily Blunt and Dwayne Johnson will once again join forces for the adaptation of “Ball and Chain.” Image: AFP/Jean-Baptiste Lacroix via AFP Relaxnews

The duo of adventurers in “Jungle Cruise” are to team up again. Dwayne Johnson and Emily Blunt will take on the role of superheroes in the forthcoming action movie “Ball and Chain.”

The two actors will play Edgar and Mallory Bulson, a married couple going through a difficult time. Having come in contact with a mysterious energy from a meteor, they both develop superpowers, although their newfound abilities only function properly when they work together. The feature film will be adapted from the comic book of the same name by Scott Lobdell, which first published in 1999.

American writer Emily V. Gordon, who was nominated for an Oscar in 2018 for “The Big Sick,” will take charge of the screenplay for the film, for which a director has yet to be named.

The project will shortly be shopped to studios and streaming platforms including Netflix, which according to Deadline, has already shown an interest.

“Ball and Chain” will be the second collaboration between Dwayne Johnson and Emily Blunt. Their first joint venture, “Jungle Cruise,” directed by Jaume Collet-Serra, was initially expected to reach theaters this summer, but in response to the COVID-19 pandemic, its release has been postponed until July 28, 2021. CL /ra