LOS ANGELES—“I’m sure he’s going to be an amazing dad,” enthused Daniel Radcliffe when we recently asked him about Rupert Grint, his “Harry Potter” costar and pal. Rupert—Ron Weasley forever to many of the beloved franchise’s fans—and his girlfriend, actress Georgia Groome, are expecting their first child.

“Yeah, I have,” Daniel, 30, replied when asked if he has congratulated Rupert, 31, on the good news. Rupert and Georgia, whose credits include “London to Brighton” and “Angus, Thongs and Perfect Snogging,” have been in a relationship since 2011.

“As soon as I found out, I texted him,” Daniel said in this video interview. “I’m incredibly happy for him. He and Georgia have been together for a while. It’s really exciting. It is crazy to think because it’s in my head. It still feels like we’ve basically just met and we are about 16 years old.” 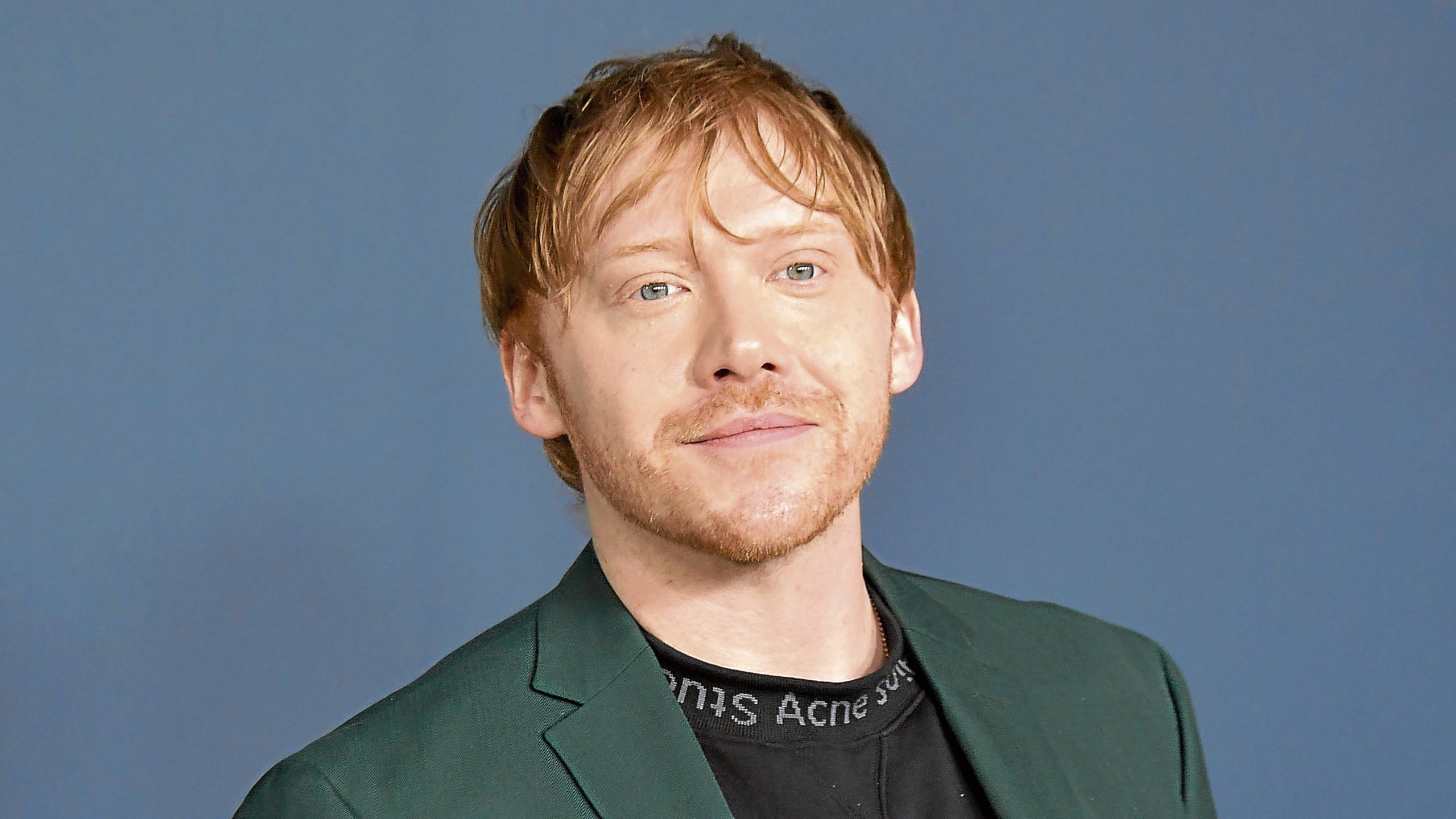 Daniel and his girlfriend, actress Erin Darke, are staying at home in New York in these pandemic times. The actor, like his “Harry Potter” coactors Rupert and Emma Watson, have stayed grounded.

On what he’s doing to help in these coronavirus times, Daniel demurred, explaining, “I don’t like to position myself in such a way where I talk about all the things that I’m doing. It should be a given that people in my situation do things like this and not something that we pat ourselves on the back for. We have been doing stuff. In terms of what I would encourage other people to do, find something that you think you can help with right now. If you can do something, please go and do it.”

The actor was also careful to acknowledge that he is in a privileged situation. “Look, I’m in an incredibly fortunate position,” Daniel said. “I have a lot of friends who are either isolating or quarantining alone right now. I’m with my girlfriend, which is lovely. Also, we aren’t home schooling or entertaining children 24 hours a day, which seems very challenging. Everyone—touch wood—is safe and healthy and staying indoors, so we’re OK.”

As to what he does during the lockdown, Daniel answered, “I’ve done a lot of Lego. Passes a lot of time and is sort of meditative. You get to make a cool thing at the end.” Smiling, he reported that he has made “Jurassic Park” and “Stranger Things” sets from those interlocking plastic bricks.

The London native added, “I’ve been doing a lot of reading. I finally did some writing. Every day has been a thing of getting up and thinking that today is the day, do something productive. I haven’t really [been productive] for how long it’s been—six weeks or whatever. So I finally felt a little productive yesterday. Hopefully, more of that to come.”

On what he is watching while self-isolating, Daniel said, “The thing that has been bringing me most to tears of joy has been ‘Schitt’s Creek’ on Netflix. It’s just joyous, particularly the first two seasons are great. But from Season 3 onward, I was basically crying at the end of every episode.”

In response to our question, Daniel replied, “If I had a magic wand, it’s a pretty obvious answer to say that I would just rid the world of coronavirus.” 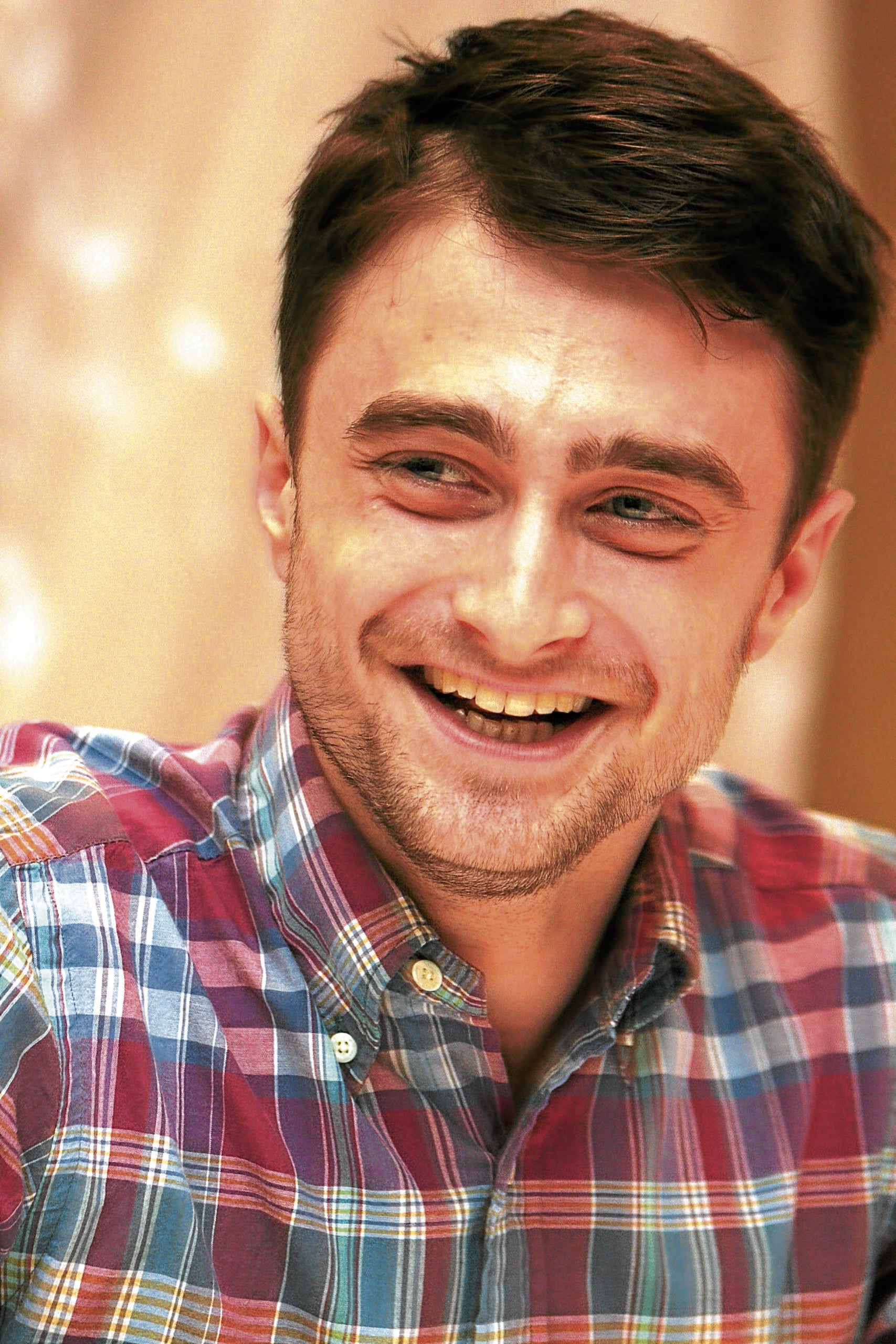 Daniel costars in Netflix’s “Unbreakable Kimmy Schmidt: Kimmy vs the Reverend.” The TV movie is an interactive special of the sitcom series created by Tina Fey and Robert Carlock, with Ellie Kemper in the title role. Daniel plays Prince Frederick Windsor, 12th in line to be the British monarch.

On shooting the special in which viewers get to choose the outcome of the characters’ storylines, Daniel pointed out, “The filming was tricky for lots of people, having to remember where everything was at every moment. But for the actors, all we had to do was learn the various versions of the scenes.”

He welcomed the chance to be in a special of the series, which ran for four seasons from 2015 to 2019. “I haven’t seen all of the seasons that had come out at the time. But I watched the first two. I loved it. I was also a huge fan of ‘30 Rock,’ and Tina Fey and Jane Krakowski, of course.

“It’s this style of comedy that I love—these tightly wound, thoroughly plotted out things, but there’s also a joke every 10 seconds. It’s the kind of writing that I could never do myself. So I’m in awe of it.”

On the show’s lead star, Ellie, Daniel commented, “She’s amazing. Ellie was pregnant for the whole filming of this episode. There was a lot of running around in the woods and doing fight scenes with Jon Hamm. She’s lovely and incredibly cheerful, but she’s also very tough—a real professional.

“Doing what she does, particularly in this role of being able to play somebody who’s so preternaturally happy while still being authentic and not being irritating—it’s a hard thing to do.”

On his kiss as a royal with Ellie, Daniel grinned as he said, “It was less the idea of the kiss itself being in and of itself funny. Like this person (his character) not really knowing how to kiss maybe because he’s led such a sheltered life. I did thoroughly enjoy the fish-hook move where Kimmy throws me onto the sofa. That was very fun to do.”

He added, “The thing that got me the most on set and still while watching the show, even though I knew it was coming, was Sara Chase, who plays Cyndee (Pokorny), spelling C-e-t-c-h-s. I don’t know why that really tickled me. Oh, also Jon Hamm’s karate run. And all of Jack McBrayer’s stuff.” 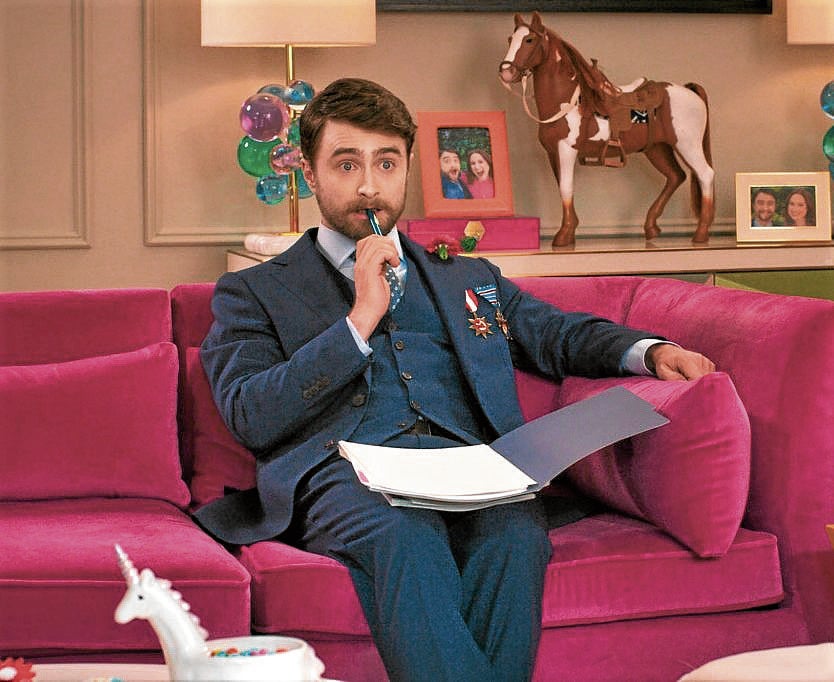 On Erin, Daniel was asked what she knows about him that isn’t so well-known by the public. “Probably my anxiety and neuroses,” he gamely volunteered. “She probably gets to see more of that than anyone else sees.”

But what does Daniel get anxious about? “Life, work and all the things that everyone is [anxious about]. There’s never been an actor I’ve known who hasn’t had some level of [anxiety]. Even amazing actors that I look up to—how could they ever be insecure or worried about anything—they have, of course, massive insecurities about some things. I don’t think you’re ever completely rid of that.”

Smiling as he was looking at Erin, who was in the room with him during this conversation, Daniel said, “There are some new things too that she experiences that other people don’t. She’s nodding at me right now, so I take that as yes.”

“I have a reputation for making weird choices,” he admitted. “I feel like ‘Guns Akimbo’ fits into that for a lot of people. It is this crazy, adrenalin-fueled, shot-out-of-a-cannon kind of action comedy movie. ‘Escape from Pretoria’ fits more into the mold of things I’ve done, like ‘Imperium.’

“But occasionally, I also do stuff that is very naturalistic and hopefully just a good kind of solid thriller with a historical element, like ‘Escape from Pretoria.’ Both movies were fun to make in New Zealand, Australia and Germany. It’s obviously not a bad time to have films come out on demand, seeing everyone is stuck at home.”

Reminded about the writing that he mentioned earlier, Daniel explained, “I’m attempting to write scripts. I’d love to be able to write and direct a film. They’re in the realm of slightly dark comedies. Hopefully one day, I’ll get to make one.”

On what else he wants to do, Daniel emphasized, “I don’t think I’ll ever want to stop acting—if I can just keep working. I know it sounds very simple and boring, but that’s the goal.” INQ