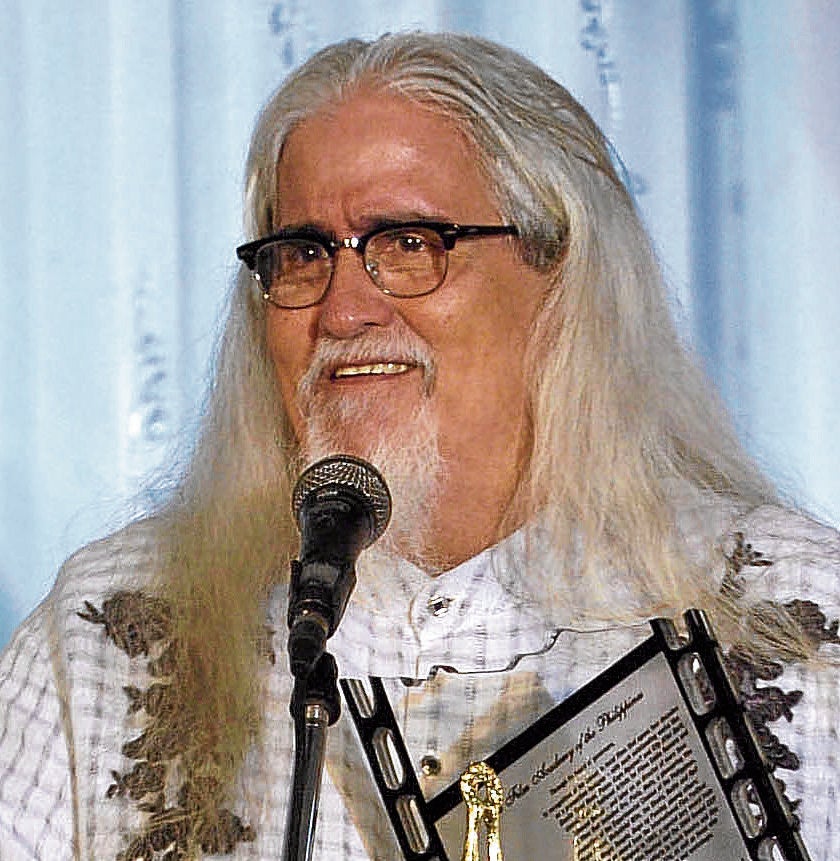 He died from cardiopulmonary arrest at Riverside Medical Center in Bacolod City at 11:47 a.m., his wife, Madie, said.

Critics still acknowledge “Oro Plata Mata” as Gallaga’s ultimate masterpiece. He was then 39 and in his second year as a director when he made the film, shot in his home province of Negros Occidental.

But even before this breakthrough, Gallaga already had considerable experiences in cinema, including stints as an actor, notably in Mario O’Hara’s “Tatlong Taong Walang Diyos” (1976); and as a production designer in Eddie Romero’s period dramedy “Ganito Kami Noon, Paano Kayo Ngayon?” (1976) and Ishmael Bernal’s gritty “Manila by Night” (1980).

The “Oro Plata Mata” screenplay, penned by Jose Javier Reyes (who would also become an acclaimed director himself), first won a scriptwriting contest sponsored by the Experimental Cinema of the Philippines (ECP).

Going by his subsequent works, Gallaga did not endeavor to surpass the heights of “Oro.” Instead, he went in other directions by exploring erotica in “Virgin Forest” and “Scorpio Nights” (both 1985), contributing to and later taking over the horror franchise “Shake, Rattle & Roll” (1984), and wading into other genres with projects like the children’s fantasy “Magic Temple” (1996) and “Magic Kingdom” (1985). Gallaga ventured into many of these projects with codirector Lore Reyes.

For his diverse contribution to Philippine cinema, the Cultural Center of the Philippines conferred on Gallaga its Gawad para sa Sining in 2004.

Late in his career, Gallaga, together with Reyes, returned to the themes of lost time and the old-period atmosphere of “Oro” in “Sonata” (2013)—which was filmed also in Negros Occidental and featured “Oro” star Cherie Gil, the film’s producer.

In a 2013 interview with TV host Boy Abunda, Gallaga took pride in the remastering efforts done to preserve “Oro” under the ABS-CBN Network’s Film Restoration Project. Apart from his considerable work in cinema, Gallaga was also proud of his professional beginnings as a teacher.

Born Maurice Ruiz de Luzuriaga Gallaga, the film director finished elementary and high school at De La Salle University in Manila, and earned a bachelor’s degree in commerce and liberal arts at the University of St. La Salle in Bacolod.

Gallaga taught theater and film at the University of St. La Salle and was soon drawn into the movie industry itself.

“He has brought so much joy to so many people and he will always live in our memories and in his art,” his family said in a statement.

Gallaga is survived by his wife, Madie Dacanay Gallaga, and children Bing, Michelle, Datu, Jubal and Wanggo.The family described him as a “visionary and artist,” as well as a “loving husband, father and grandfather, and a dear friend.”

A family friend said Gallaga had a heart bypass 16 year ago.

His remains were set to be cremated Thursday afternoon, but funeral plans had not yet been decided.

“There will be no service as we will observe safety precautions during these times. We are grateful for your thoughts, well-wishes and prayers but we would appreciate some time to grieve as a family in private during this very painful time,” the family said.

In a tribute posted on social media, actress Iza Calzado wrote: “I worked with Direk Peque Gallaga in 2004 when I was still fairly new in the industry. I was over the moon to be working with one of the greatest filmmakers in the industry for a movie called ‘Pinoy Blonde’ …. I am honored and fortunate to call him a friend, and I wish I was better at telling him and reminding him of how special he was to me.”