2 lockdown treats in ‘the new normal’: John Lloyd and Bea, Lea and Regine 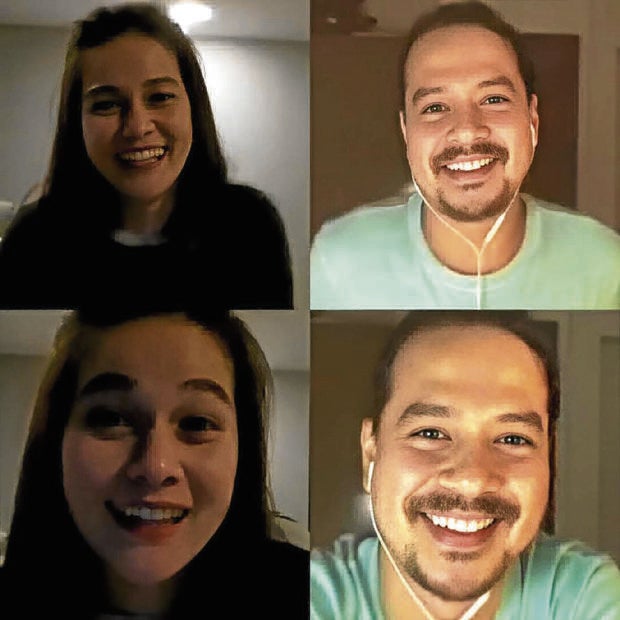 As we carry on living amid this quarantine period, working nonstop “from home” while trying not to overburden our front-liners’ chores by falling victim to the pandemic, we’re seeing “a new normal” taking shape and upending life as we know it—from politics and how we interact with family, friends and colleagues, to the way we consume entertainment.

These days, when we aren’t spending long hours watching screeners sent to us for review and feature consideration, we’re constantly tuned in to the limitless pool of filmed stories on Netflix, HBO Go, Amazon Prime, iWant and, to satisfy our craving for nonfiction, the all-docu streaming network iwonder.

But now more than ever, we’re watching a lot of largely “unscripted,” “reality TV”-channeling content we probably never would have lived to tell had we not been thrust into self-imposed isolation.

Early this week, for example, we were pleasantly “thrown off” by the sudden exchange between John Lloyd Cruz and Bea Alonzo, the reel couple behind one of local Tinseltown’s most iconic tandems, as the latter livestreamed on Instagram a catch-up session with her erstwhile Cebu-based screen consort and friend.

The tone of the chat was friendly for the most part, and we couldn’t get enough of the occasional moments of feel-good flirtation that made this exchange even more appealing.

In fact, it sent kilig-inducing shivers down netizens’ spine as Bea and John Lloyd talked about holding up; sending meals to our jobless, no-food-to-eat countrymen; and how Lloydie has been raising Elias, his son with ex-squeeze Ellen Adarna, and coming to terms with his loneliness despite “not being alone.”

This also gave viewers a peek into John Lloyd’s intensity and maturing outlook in life.

As their previous films proved, John Lloyd and Bea’s chemistry was undeniable, even when they were later seen trying their best not to play out a “developing argument” in public.

Like the romantic dramas they starred in, a brewing “conflict” was introduced when John Lloyd began musing about how some people are going hungry or getting needlessly shot, voicing out thoughts and fears that have been percolating in our minds as a consequence of the difficult times we’ve been thrust into.

Both screen superstars meant well, that at least was obvious, so we forewarn readers not to take their statements out of context. But you can search for this online exchange for clarificatory context.

Having said that, it’s fascinating to note how that banter later got Bea on the defensive, asking Lloydie at some point, “Are you questioning my optimism?”

The whole chitchat played out like an alternate, many-years-later sequel to the story of Popoy Gonzalez and Basha Eugenio, the star-crossed lovebirds they breathed palpable life into in Cathy Garcia-Molina’s 2007 rom-com classic, “One More Chance.” They don’t always see each other eye-to-eye on some “sensitive” issues, but their fondness for each other is undeniable just the same. 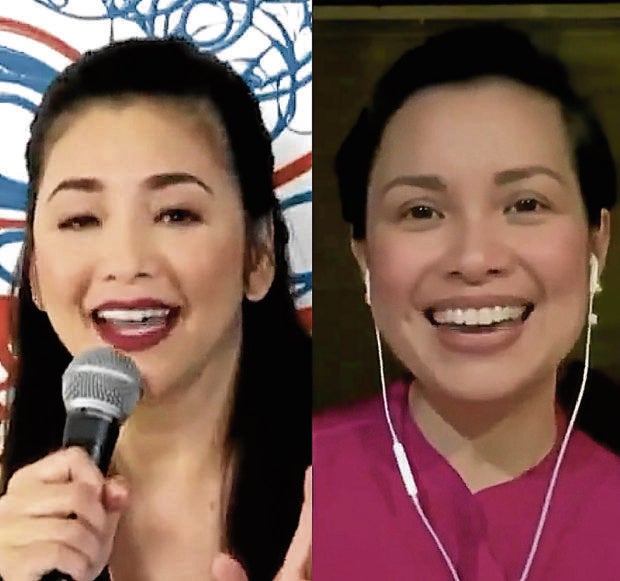 Here’s another highlight in Entertainment this week: In our quick chat with Lea Salonga last Tuesday, we noted how busy the actress-singer has been, entertaining audiences at home with this-and-that online show.

The country’s Tony-winning Broadway star continues to put her popularity and bell-like, pitch-perfect voice to good use by performing in benefit concerts—from Ryan Cayabyab’s wildly prolific “Bayanihan Musikahan” and #StarsInTheHouse for The Actors Fund, to singing alongside Meryl Streep, Patti LuPone, Ben Platt, Bernadette Peters and others in the Sondheim birthday tribute show “Take Me to the World,” to raise money for different “marginalized” groups everywhere.

Early this week, Lea even found time to read a children’s story about Princess Jasmine (of “Aladdin”) for the young viewers of Walt Disney Animation Studios’ online series, “Storytime.”

“That show [‘Take Me to the World’] was just unreal. There were so many highlights,” she told us. “I played it at dinner last night—and my daughter Nicole’s reactions watching it were so cute! She perked up with Ben, Bernadette and Patti, who provides the voice of Yellow Diamond in her fave show, ‘Steven Universe.’”

But Lea has just added another feather in her cap. We’re talking about the stellar “face-off” that sent us cheering, which had Regine Velasquez on one side and Lea on the other.

That duet turned out to be one of the highlights in the Songbird’s musical birthday bash “One Night with Regine” on April 25, meant to commemorate Regine turning 50 years old.

Not Lea and Regine. The singers were in fine form as they hit their eight-minute showdown out of the ballpark.

The duet consisted of musical theater show tunes from “Jesus Christ Superstar” (“I Don’t Know How to Love Him”), “A Chorus Line” (“What I Did For Love”) and “Jekyll & Hyde” (“Someone Like You”). It’s a lineup that showcased the two “queens’” disparate but complementary skills, with Regine’s astounding technique and range gorgeously complimenting Lea’s exquisite voice.

To borrow a line from “A Whole New World,” when Lea and Regine are “way up there” singing for us, their golden voices are “crystal-clear” indeed.